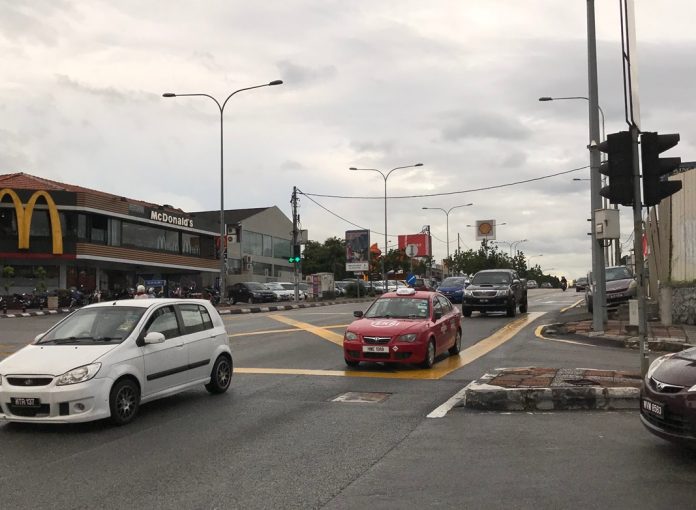 Brazen disregard for fellow drivers and recklessly endangering the lives of pedestrians crossing the road seem to be the norm, writes Benedict Lopez.

If enforcement authorities all over the country were to carry out a discreet study on motorists’ adherence to the law, I am sure the statistics revealed would be nauseating.

Besides contravening rules and regulations, many motorists fail to observe even the basic decorum of discipline and good manners while driving on the road.

Brazen disregard for fellow drivers and recklessly endangering the lives of pedestrians crossing the road seem to be the norm. I have witnessed this on countless occasions, and so it is not surprising to see the alarming statistics for road accidents and fatalities due to the despicable attitude of our drivers.

This attitude reflects appallingly on our driving culture. I have often personally experienced the uncouth behaviour of some of our drivers. When you are driving on a main road and want to turn into a by-road, oncoming motorists deliberately increase their speed and flash their lights to make it difficult for you to turn.

At times when a driver is driving cautiously, some motorists behind them flash their head lights to show their annoyance and disgust. And they think by jumping the queue, it makes them look a much smarter driver than you.

Frequently, even in affluent areas like Bangsar in Kuala Lumpur, when the traffic lights are in favour of pedestrians, many motorists show blatant indifference and simply drive through. On many occasions, at the traffic lights in front of Maybank and adjacent to MacDonald’s in Jalan Maarof, Bangsar, I was almost knocked down by motorists although the pedestrian traffic lights had given me right of way.

Many selfish motorists just make a U-turn at the traffic lights along this road, inconveniencing and endangering other motorists and pedestrians. Drivers and motorcyclists are the culprits who endanger the lives of those crossing the road.

Regularly, the CCTVs at strategic places are not in working condition, and hence it is difficult to identify and take action against motorists who contravene the law.

Seldom do we read about drivers being charged in court and sentenced to jail for driving recklessly, except when there are dreadful accidents with glaring fatalities, which subsequently hit the headlines.

I would like to see more often in the print and electronic media reports of drivers being charged in court with endangering the lives of their fellow drivers and ordinary pedestrians crossing the road.

Some drivers have annoying habits like slowing down to look at an accident in a nearby or opposite lane. Tickets can be issued to such inconsiderate drivers as provided for under the Road Transport Act 1987.

Such a habit leads to unnecessary traffic jams and may also cause minor accidents. Many are just curious and have no intention to render any form of assistance. Enforcement authorities should issue tickets for those obstructing traffic and rescue operations.

Only five parties have a role to play in the event of an accident, namely witnesses, rescuers, related government agencies, interested non-governmental organisations and trained first aid responders.

Perhaps, it is time for enforcement officers to initially warn those slowing down at the site of a traffic accident. And if the problem persists, then tickets should be issued for those found slowing down to look at an accident.

Only through such drastic action can we hope to resolve the nation’s escalating traffic miseries. At times, mere fines do not suffice and a deterrent is required to stem the misery on our roads and highways. We need concrete measures, especially in accident-prone areas.

Negligent drivers have no consideration of any kind even for senior citizens – a pathetic reflection of their upbringing and a demonstration of the lack of basic of civic values which should have been inculcated in schools and by their parents.

When I witness the impertinence of many of our drivers on our roads, it gives me the impression that something is in fact defective in our education system if we are moulding such citizens.

Based on a recent survey by Unicef in conjunction with World Children’s Day, seven out of 10 pupils in Malaysia are worried about bullying in schools. Such abysmal statistics indicate that something must be dreadfully wrong in our society.

Emphasis must be given to the moral education syllabus, and it should be revamped if it has failed to inculcate the ethos of being good and law-abiding citizens.

Perhaps, the Rukunegara should be stressed continuously to all Malaysians in our schools, especially the bit about the rule of law and good behaviour and morality.