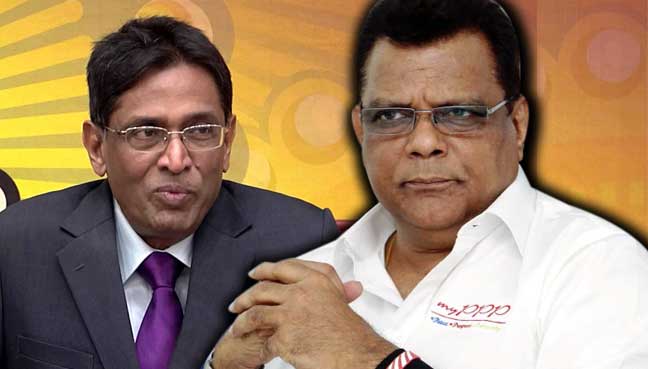 Why is MIC refusing to compromise with myPPP in Cameron Highlands, wonders JD Lovrenciear.

It is bewildering to see what MIC president Dr S Subramaniam is up to these days.

In the case of his statements on myPPP, one wonders whether he is truly fighting for Indian Malaysians from whom his party claims 65% support.

In the first place, why does a leader who vows to protect the Indian community act this way towards another Indian leader, who happens to be heading a small but steadily growing BN component party for the past 25 years?

Subramaniam thinks he is the true defender of BN. But in the same vein, he appears to be taking a strong position, refusing to compromies with myPPP, which has been a loyal BN party for over four decades. When his supporters are unleashed to take on a fellow BN partner, he looks the other way. The MIC president’s modus operandi appears to be from the authoritarian Samy Vellu mould.

Caretaker prime minister Najib Razak should take note. MIC is already perceived by many to be the cause of a string of breakaway Indian parties in the country. The party under Subramaniam’s leadership appears to have done little to repair this fragmentation. Instead, his approach towards myPPP is only distancing more potential voters from BN.

Can Najib afford this, given the rising tide of the opposition under the unifying attempts of Dr Mahathir Mohamad?

When we analyse all the statements in the media, it appears that MIC has not grown out of its overbearing nature. If it is really the only party capable of rallying Indian votes for the BN, can Subramaniam please explain the following paradoxes.

One, are there no Indians in myPPP? If there are, why is he taking this stance against the party?

Two, myPPP doesn’t only have Indians, it also has Chinese, Sikhs, Malays and even Orange Asli. So, why is Subra not walking hand-in-hand with a fellow BN component party that says it has slogged over the past four years to bring in the votes for BN in Cameron Highlands?

Najib must take note: myPPP president M Kayveas is not an armchair politician nor a charismatic orator. He moved into the frontlines in Cameron Highlands after MIC sacked its winning MP, G Palanivel. MIC’s perceived high-handedness virtually incapacitated Palanivel in serving the constituency.

Fortunately for BN, myPPP stepped in to salvage the trust of the people by sacrificing its time and resources, even funding numerous projects.

Why must MIC ignore such efforts which could have translated into votes for BN? It is not only mystifying but bewildering.