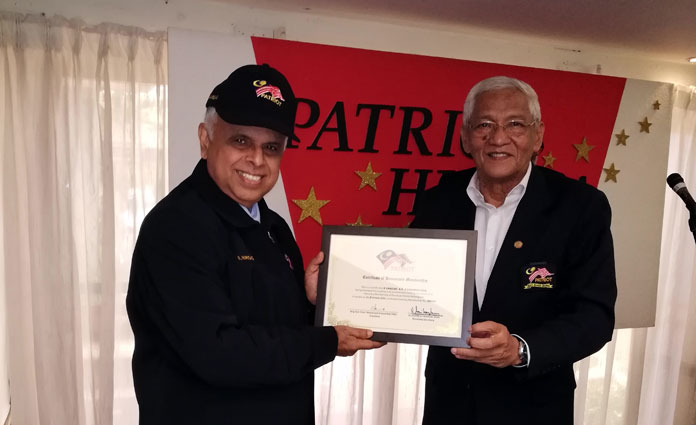 The association presented the award during a high tea attended by over 200 veterans of the military, navy, air force and police.

In his remarks upon receiving the award, Haridas, who is also honorary secretary of the Business Ethics Institute of Malaysia, paid tribute to his late father, S Krishnan Nair, who served in the British Royal Air Force and spent a stint as a prisoner of war. For his service, Krishnan received several awards from the RAF.

Patriot awards honorary life membership to individuals who have contributed to national harmony and nurtured ethics in various spheres.