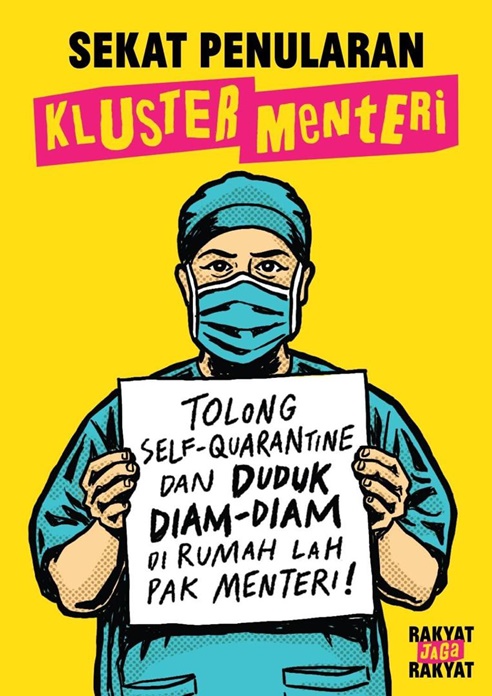 Dark political agendas are weakening our nation while the people struggle and the economy is trapped in a rut, JD Lovrenciear writes.

The politicians and the leaders of certain parties must take the rap for the spike in Covid-19 cases in the country.

How long more must we be held to ransom amid this coronavirus pandemic, which has brought untold misery to the people?

Hindsight wisdom tells us, if the backdoor political coup in February had not occurred, our people and the country would have had the resilience to tackle the health scares and economic effects of this global pandemic.

As if the backdoor takeover was not enough, we were powerless as politicians pulled the rug from under a string of state governments.

Their sole agenda, it appears, is to grab sweeping powers and access to the nation’s wealth. They seem to want iron-clad control so that institutions of government will be at their beck and call.

You cannot fault the people for believing that many of our politicians care little for the people’s health and are bankrupt of capability in steering the nation’s economy.

Look at Sabah. After an attempted backdoor coup, which led to a state election, the people are burdened with a worsening pandemic. This is bringing even more misery to the people and their livelihoods.

Even as we reel from this threat, political talk has intensified in Sarawak as the chief minister has announced the state would hold its election “any time from now”.

Why do we allow such blows to the wellbeing of our nation and its people? Where are the leaders and guardians of nationhood? Their silence and convenient unavailability are glaring.

READ MORE:  Will there ever be an end to this pandemic?

Dark political agendas are weakening our nation while the people struggle and the economy is trapped in a rut.