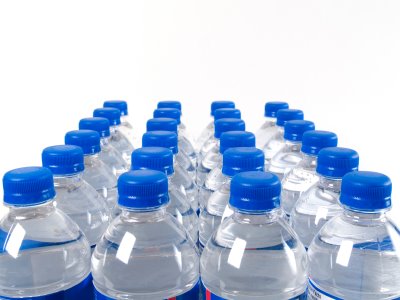 The government should consult those affected on the alternatives to bottled water and plastic-wrapped food at various events, says Kenneth Lee.

Recently, the Malaysian government reportedly proposed to ban single-use plastics – including the distribution of bottled water and plastic-wrapped food – at government-organised events from 2020.

The proposal came amidst growing concern about the environmental damage caused by the rising amounts of plastic waste, both globally and in the country. Many surveys and reports have pointed to Malaysia being one of the biggest consumers of plastics globally. According to a 2015 study, the country reportedly ranks eighth among the largest producers of mismanaged plastic waste in the world

If that is not bad enough, China’s ban on solid waste imports in 2018 has left many countries around the world looking for an alternative dumping ground – and Malaysia finds itself becoming one such site.

Our waste imports often contain the kind of plastic that is contaminated, mixed and of low grade. The situation is so bad that even Bangladesh, a developing country, was reportedly sending its contaminated plastic waste to Malaysia.

In the first half of 2018, Malaysia imported nearly half a million tonnes of plastic waste from various countries according to Greenpeace Malaysia. To put things into perspective, one tonne is equivalent to 1,000 kilograms.

It is commendable that the Ministry of Energy, Science, Technology, Environment and Climate Change is going all out on issues and policies pertaining to plastic waste in the country. At the microscopic level, the ministry must also be lauded that government agencies are starting to prepare for Malaysia’s roadmap towards zero single-use plastics by 2030.

But the effort towards zero single-use plastics is not just about pushing the idea out without carefully considering or consulting relevant stakeholders on its practical implications. Questions on what practical alternatives to bottled water and plastic-wrapped food – and how the policy will affect existing practices – need to be thought through.

There are many types of plastic items. Which ones may be used and which ones must be prohibited? Would there be any exemption for special circumstances or emergency situations?

If bottled water is no longer served at press conferences, is the use of paper cups an environmentally friendly option? Without bottled water and plastic-wrapped food being served now, do government departments need to hire one or two people to prepare and serve refreshments?

A halt to single-use disposable plastics would mean the need to have alternative arrangements and certain amenities in place. This may translate to extra costs.

In India for instance, some government departments have resorted to installing water filters and purifiers and providing clean steel glasses and paper cups instead of packaged water. Government agencies in certain Indian states and in San Francisco would also not approve any bills related to the purchase of packaged drinking water.

Japan, the world’s second largest generator of plastic packaging waste after China, recently just rolled out a policy to prohibit straws and cutlery in its government cafeterias; besides, the ban on plastic bottles and disposable cups has also been extended to government conferences that are outsourced.

By halting single-use disposable plastics at its events, the government is poised to set a “green” example to the public. But the questions posed above need to be considered before the policy is implemented. We don’t want to see another U-turn after a policy has been announced.