Home TA Online The fate and folly of Najib, Rosmah and company 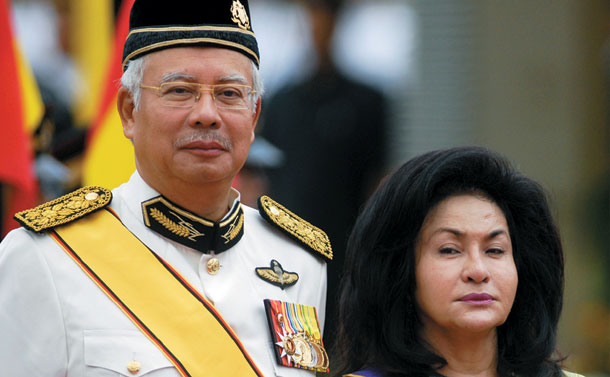 Whenever those entrusted to lead by serving the people fail to live up to expectations, fate has a way of catching up on them, writes JD Lovrenciear.

As the ousted Najib Razak sat in the dock and Rosmah Mansor made her presence felt in the courthouse, the fall of the Umno empire was on the minds of many.

Najib’s sympathisers and all those who benefited during his term in office may scream that they are victims of a witch-hunt.

But few can argue that corruption, extravagance, greed and self-interest – at the expense of good governance – foiled Umno’s plan to remain in power beyond six decades. For those who are now forced to account for their actions as they are hauled up one after another, it is not what their horoscopes had forecast. On the contrary, Umno’s fate today was of one man’s making.

Let what we are witnessing be a warning to politicians and parties that pledge to remain loyal to the people – and to business and professional circles as well. In this always-connected age of reason, there is nowhere to hide.

The price is high. Some might claim that the court of public opinion is not a reflection of justice. But public perception does shape outcomes.

Perceptions are real; they are rooted in the life experiences of people including villains and victims. Whenever those entrusted to lead by serving the people fail to live up to public expectations, they must know that fate has a way of catching up with them some day and holding them to account.

Let Umno, its coalition partners and all those who screamed their battle cry be reminded that there is no turning back the clock on the new Malaysia, being built on the back of the aspirations of the people, who have little tolerance for the follies of the past.