Home TA Online The fear of celebrating victory in Malaysia 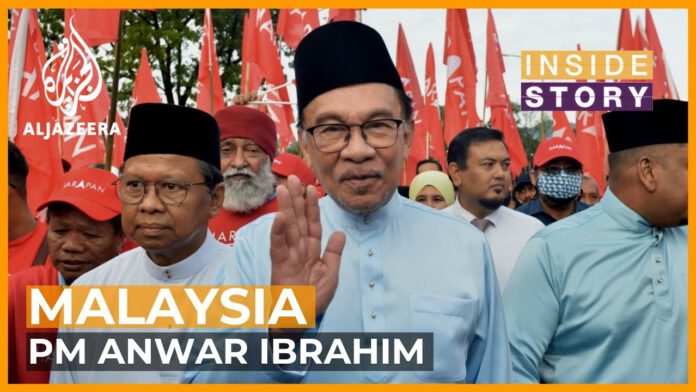 When news broke that after days of tense moments that Anwar Ibrahim would be made the 10th Prime Minister of Malaysia, instant joy filled the air.

In most democratic countries, a hard-fought victory at the polls would immediately usher in joyful celebrations and jubilant public rallies.

Unfortunately, on 24 November the breaking news of Anwar becoming PM and the investiture ceremony that followed in the evening could only be celebrated by people on social media.

Texting, calling, sharing videos and chatting on the mobile phone were all that the people could do as they cherished the fruition of the decades-long hope of having Anwar as their Prime Minister.

There were advisory warnings not to gather in groups to celebrate the victory. In fact, the jubilant occasion was marked by heavy police roadblocks in the country.

This tells us a lot about the nation, which has suffered politically for far too long. The tense moments following the post-election announcement of who would be the next PM drowned the freedom to celebrate.

We were robbed of the right and opportunity to share the joy – a God-given human entitlement. Perhaps one day, we can lift such an oppressive climate that thrives on fears and restrictions.

To do so, the people have to grow out of their political shackles. This calls for maturity of thought. It will be difficult, but the journey must begin now in this climate of reformation that Anwar brings with him.

It is time to stop letting politicians imprison our freedom to celebrate in peace and harmony. It is time to shun the politics of revenge and fear that has been with us since the treacherous May 13 decades ago. Diabolical and exploitative politicians will always use these tactics of fear of violence to strengthen their grip on power.

As a democratic nation, there should be no more such fears, threats of violence and deprivation of the right to celebrate victory in a joyful, peaceful manner in public.

Let us unite now with Anwar to reclaim the happiness we once had.

What does this arrogant writer who always opines that he knows best.

Where was he May 13,1969? Has he forgotten that country was heated by racial hatred by politicians during the preceeding GE. The riots burnt cities to cinders. Bodies innocent littered the country.

It all started with the victory celebration by a party that won the general election ending up provoking retaliation by the bitter losers who were waiting for the slightest opprtunity to violently react.

All these paid hooligans are those lazy to work, unemployed youths who are given license to create chaos. Education system must be changed to instill better analytical mind!