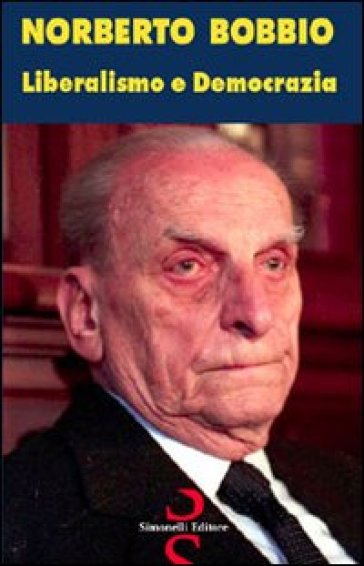 Liberalism in the macro sense is the opposite of despotism, tyranny, dictatorship, totalitarianism and authoritarianism, writes Choo Sing Chye.

Many of us are still ignorant of the fact that Liberalism comes in many forms and narratives.

The end of the 18th Century onwards saw the creation of the “Republic of Letters”, an imagined or virtual “empire of thought” whose members were philosophers, scientists and novelists, living in different countries but connected by letters and literary and scientific journals.

These philosophers, scientists and novelists provided the society the impetus to apply brakes on the excessive power of the government.

All these narratives and debates change in a zigzag manner throughout the century to the present wrapped-up (summarised) version of Liberalism which is to a large degree, rights-based, focusing particularly on the relationship between the state and the people. In fact, Liberalism is the summations of all these ideas and thoughts.

Basically, this wrapped-up rights-based version of Liberalism is synonymous with Western Democracy, and it has become the cornerstone of Liberal Democracy.

No philosopher or writer can lay claim that his or her viewpoints in every respect represent Liberalism. Certain narratives are better than others, but nobody in the past or in the present could really pin his or her finger at a particular theory and safely say that this is the better one. It is not easier to pinpoint what Liberalism is, than what it is not.

For an example, many have inaccurately attached the liberal label to the British Liberal Party in the early years of its existence. In 1680, English politicians who wanted to exclude from the throne any Roman Catholic monarch were derisively called the Whigs. The Whigs nobles dominated the anti-Tory forces until the appointment of Gladstone as Prime Minster in 1868. From that date on, this anything-but-Tory force was called Liberals instead of Whigs.

Thus, in this later part of the 19th Century, the British Liberals diverted their focus to free trade opposing the monopolistic mercantilists of the major Western powers, instead of calling for the blood of Catholic nobles. By then free trade had already gained a foothold in the East – Penang, Singapore and later Hong Kong.

Another case of mistaken identity was Benjamin Constant (1767—1830), who, in his celebrated address at the Royal Academy in Paris in 1818, counter-posed liberalism to democracy and focused on private property:

The ancients aimed at a distribution of power among all the citizens of a given state, and they referred to this as freedom. For the moderns, the goal is security in their private posses­sions. For them, liberty refers to the guarantees of these possessions afforded by their institutions.

By saying this, he had relegated the idea of democracy, one of the main pillars of Liberalism to the fringe and yet, surprisingly, he was called the uncompromising, thorough-going liberal of his time. In modern times, he would be aptly called a Conservative.

Stepping away from this narrative was his mistress, Madame de Staêl (1766-1817), also a Liberal but of a different sort. In 1814, she bravely took on the undemocratic French Ultras, which at that time was considered political suicide:

Will it always be necessary to rule 300 years behind time, or will a new Joshua order the sun to stop in its course!… It would be interesting to know to which generation of our forefathers infallibility had been granted… they want an absolute king, an exclusive religion and intolerant priests, a nobility at court based on inheritance, a Third Estate raised from time to time to the nobility, an ignorant people with no rights, an inactive army, minister without responsibility, no freedom of the press, no juries, no civil liberties, but police spies and hired papers to flaunt this work of darkness.

She could have gone to jail were she not the daughter of Louis XVI’s Finance Minister.

READ MORE:  Feudal terms that are out of sync with modern democracy

To impose uniformity of speech and to force men to speak only according to the dictates of the supreme power would represent a tyranny against nature and a calamity both for the state and individual, which would perhaps be accepted by the voracious, the flatteners, and the numbskulls, who think supreme salvation consists in filling their stomachs and gloating over their money-bags, but always resisted by those whom good education, sound morality and virtue have rendered more free.

Spinoza’s narrative on the freedom of speech would have touched the raw nerves of the present day yelling right-wingers.

Liberalism does have moral and judicial brakes

Finally, we come to the wrapped-up (summarised) version of Liberalism in the 20th and the 21st Centuries.

Liberalism always converged on the rights-based liberal state, which has clear and unambiguous moral and legal brakes which is articulated precisely in the book Liberalism and Democracy by Norberto Bobbio:

the rights-based state is generally understood as a state in which public power is regulated by general norms (funda­mental or constitutional laws) and must be exercised within the framework of the laws which regulate it, while citizens have secure rights of recourse to an independent judiciary in order to establish and prevent any abuse or excessive exercise of power.

But, in Malaysia, Liberalism has become a casualty of the yelling unintelligent right-wingers in the Barisan Nasional and pro-government NGOs. To be fair, this confused state of mind also afflicts the Opposition and independent NGOs.

READ MORE:  New political parties: How do they fit in?

To them, Liberalism has no moral and legal brakes and is the embodiment of every thing that is bad – an unguided democracy, obstreperous manners, absolute freedom, free for all, anything goes and free sex – a devil’s incarnate.

I do not know whether the water or weather is affecting their views on Liberalism. But one thing is certain, is that they are expounding an assumption that is not even in the Liberalism’s field of play.

What they are assuming does not tally with Liberalism – it tallies with Anarchism, a doctrine advocating free association of individuals, without armed forces, courts, prisons, or written laws, and the abolition of organised authority.

Finally, we must at least know what Liberalism is before building an argument – for or against. It is tedious to argue back and forth when we do not know where to begin and when to stop.

Since Malaysia is now a member of the non-permanent United Nation’s Security Council, our leaders should not make a fool of themselves in front of other members by parroting the yelling right-wingers who themselves do not know what they are yelling about.

For the benefit of the our leaders who want to debate in the international arena, care must be taken not to mix the macro and micro arguments of Liberalism with other restrictive political systems. A dull mind always mixes both. For example, one cannot argue that free speech, free press and free elections can exist in a dictatorship or in an authoritarian government; it is silly and does not make sense.

Liberalism in the macro sense is the opposite of despotism, tyranny, dictatorship, totalitarianism and authoritarianism. And in the micro sense, Liberalism is about human rights, toleration, rule of good laws, free elections, free press,an independent judiciary and professional policing.