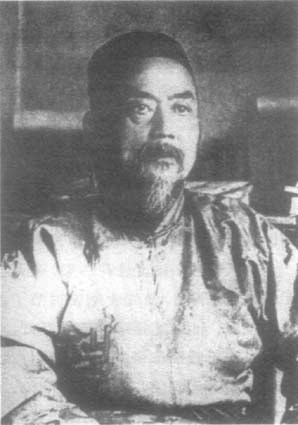 Stephen Tan Ban Cheng ventilates his idea of “a nation of citizens” a la a hybrid system of traditional Confucianism and modern-day theories.

“We have no subjects at home or even abroad. Subjects cannot breathe in Malaysia; if their lungs receive our air, that moment they are free. They touch our country and their shackles fall. That’s noble, and bespeaks a nation proud. And jealous of their blessing. Spread it then. And let it circulate through every vein.”

That is my paraphrase of the thrust of English poet William Cowper (1731-1800) into the divine nobility of the human spirit way back in 1785 during the campaign to abolish slavery in Britain.

It was more than a hundred years before any reply was forthcoming from what was then popularly regarded as a “decadent” Asia and that robust reply came from a Penang-born philosopher Ku Hung-ming (1857-1928) who obtained his masterate in literature from the University of Edinburgh at the age of 20 in 1877.

I fervently pray that one day, Malaysia will be a country with only citizens, citizens with rights and duties, not subjects with privileges given at the absolute discretion of the state and always under the yoke of the law.

More than that, in my dream, Malaysians will be citizens in the grand tradition pronounced by Ku Hung-ming, citizens who know their rights, their place and their role without the need for so many policemen to keep the Agung’s peace since these citizens know how to regulate themselves.

This self-regulation was a phenomenon at Western contact with China in the 1830s. China had no modern day policemen paid from the coffers of the State, only Confucian magistrates who ruled great expanses of land with a huge population with the help of his appointed officers. Even the jails were insignificant affairs, never institutionalised like they are today.

Ku Hung-ming wrote about such an ideal citizenship who looked upon the state as their religion in The Spirit of the Chinese People that was published in 1915, exactly a hundred years ago.

In The Spirit of the Chinese People, the Penang-born man of letters, widely celebrated by older housewives in Penang for his eccentricity, argued that the costly priests which were used to keep the peace were over after the Thirty Years’ War of 1618 ended with the Treaty of Westphalia in 1648 .

In that age of militarism and nationalism or both combined during the time Ku Hung-ming wrote the book, he argued against the use of the soldier, first institutionalised after the French Revolution of 1789 and the attendant annual and costly expense, saying that militarism was not the answer to the problems of the world.

His pleas went unheeded as militarism, coupled with nationalism, bred the Nazism of Adolf Hitler (1889-1945) in Germany and the fascism of Benito Mussolini (1883-1945) in Italy. Like a fever at that time, the combined evil had to run its willful six-year course called World War II from 1 September 1939 till 2 September 1945.

For China, World War II was never the six-year conflict that Western scholars usually depicted. For China, it dragged on for seven long years from the start of the Marco Polo Incident precipitated by Japanese militarists on 7 July 1937.

The aggressive stance of the Japanese militarists replicated that of the Manchurians who had earlier set up their Ching Dynasty (1644-1911) on the rationale that with one-tenth of the population of China, they could invade and control China. Indeed, they did.

In the event, the Japanese militarists brought untold suffering to the people of China in their insane quest. This was usually remembered in the Rape of Nanking that occurred between December 1937 till March 1938, a massacre of hundreds of thousands of the innocent civilian population. This was later to be criminalised under international law.

Notwithstanding the intervening eruption of World War II, Ku Hung-ming’s argument commands force despite the passage of more than a hundred years.

Ku Hung-ming argued that the answer rested in what he called “the Code of the Gentlemen” that Confucius (circa 500BC) enunciated. Underlying that moral code were the abiding principles of honour and duty that Ku Hung-ming elevated into a so-called religion which ideal citizens would find in their interests to accept.

I fervently pray that one day, Malaysia will be a country with only citizens, not subjects, but citizens a la The Spirit of the Chinese People.

I fervently pray that the day will soon come when, by merely breathing our Malaysian air, its denizens will, like what William Cowper wrote in his poem, be turned into citizens, with the government and all its agencies always respecting their inherent and inalienable rights.

Citizens armed with such inherent and inalienable rights, now already enshrined in the Universal Declaration of Human Rights proclaimed on 10 December 1948, shall make the nation proud and the citizens “jealous of their blessing,” in the hallowed words of Cowper.