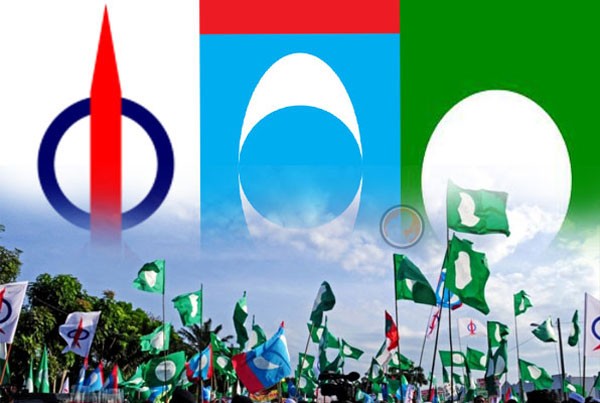 The break-up of Pakatan Rakyat could be the one thing this country needs to combat the rise of extremism and ultra-right wing conservative ideologies, argues Syerleena Abdul Rashid.

After seven years, leaders from both PKR and DAP decided it was time to bury Pakatan Rakyat. Although, this decision came as a shock to most Malaysians, for some of us, it was just a matter of time.

The DAP’s Lim Kit Siang released a statement stating, “A fortnight ago, I gave my most pessimistic forecast that in two weeks’ time, there may not be a Pakatan Rakyat left. It would appear that my worst-case forecast for Pakatan Rakyat has come to pass and all that is left are the funeral rites.

And on 17 June 2015, the coalition of seven years officially ceased to exist in its present form when PKR president Dr Wan Azizah Wan Ismail confirmed the coalition’s fate and marked the end of the seven-year-old pact.

In these seven years, Malaysians started to see things differently.

Malaysians began to understand the issues so valiantly fought by leaders from the coalition; thanks to a strong opposition and the presence of “alternative” news portals, Malaysians are now able to see the other side of the coin.

However, the never-ending over-the-top political dramas have left some Malaysians feeling somewhat disenfranchised.

We find ourselves arguing over hudud, aurat and the reasons why women can never be a menteri besar in this country instead of caring for our neighbours, our widening income inequality and shrinking opportunities. Those should have dominated our discussions and discourses but, unfortunately, we never had a chance to raise them.

The challenges were becoming too complicated, especially when some of us came to a realisation of how incompatible some of the leaders within the coalition have become.

This demise sparked some level of outrage and discontent, which made many of us wonder, how did it come to this? We were, after all, the majority who were in favour of comprehensive reforms.

The reason was clear. While Malaysians were caught in the euphoria of a post-2008 “tsunami of reforms”, the conservatives didn’t walk away – they doubled down and focused on making us pay for our rejection of conservatism.

The simple and clear message they conveyed became the default mode for the minority who feared change and wanted to hang on to some piece of familiarity – the 3Rs and countering any sort of argument by laying down their brand of religiosity upon us.

The break-up of the Pakatan Rakyat coalition could be the one thing this country needs to combat the rise of extremism and ultra-right wing conservative ideologies.

We often tell one another how our country is ready to get rid of raced-based politics and embrace a more inclusive concept; now it is time for us to walk the talk.

It is time Malaysians demand a more inclusive framework that complies with economic feasibility and philosophical depth.

We must demand a practical approach that can empower and accommodate all Malaysians regardless of ethnicity, religion and gender.

But how can we discuss reforms without tripping over the conservative “elephant in the room”?

Well, we can’t, but what we can do is begin to break away from the “orthodox” narrative and begin to discuss methods that are compatible with modern day society.

We need to understand that there is a bigger picture here. Overcoming the next few years will be a tough battle for this country, and our survival will depend on how well we can thrive on these challenges.

The bigger picture is about embracing the pain that we will experience at the end of a race – it is about bravery, courage and fortitude.

After all, when it comes to politics, not only is the devil in the details; the devil appears in the big picture and as funny was it may seem, sometimes, more often than not, the devil is just hiding in plain sight.