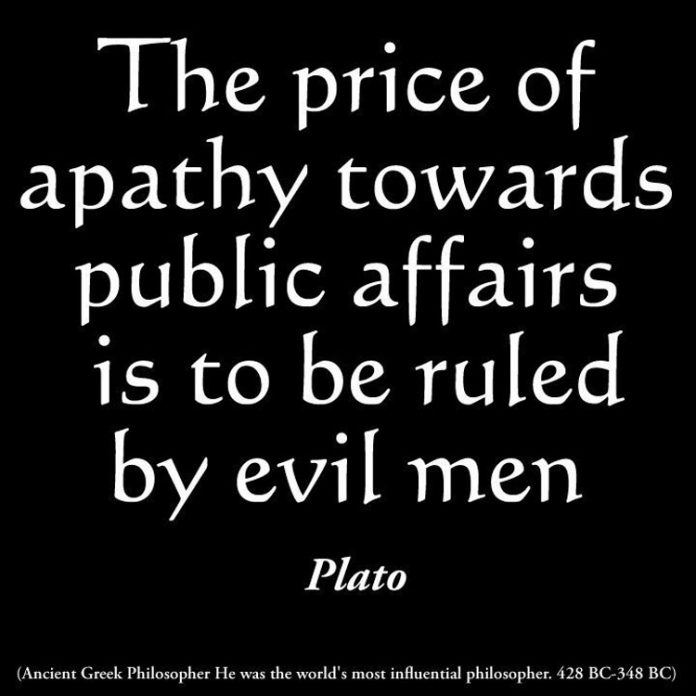 Without the representation of real people, the government will become a mindless, meaningless machine, says Syerleena Abdul Rashid.

However, with the never-ending events unfurling locally and internationally, it might as well seem like we never did quite make it after all.

The world is in a sorry state. The global economy has seen better with our own economy struggling to stay afloat. According to reports, Malaysian household debt is one of the highest in South East Asia, having risen to 88 per cent by the end of 2014.

Statistics also show that our country’s debt has increase significantly in the past 15 years and is predicted to reach RM1 trillion by 2020.

According to statistics, 161,000 graduates or 8.8 per cent of youths between 20 and 24 years were unemployed at the time of the survey.

Our only hope, although this may seem unfair, is the fact that the rest of the world isn’t exactly in great shape either.

The attempts to reshape democracy in the oil-rich countries of the Middle East have resulted in countless atrocities and a body count that keeps on rising with each passing day.

In Europe, financial crises in several of its countries, particularly, Greece, has led to recession, debt and a barrage of social issues.

Of course, there are threats of violence instigated by religious extremism by those who claim that reinstating caliphate rule is the best way to preserve Islam because civil laws cater to infidels who lack moral values.

Despite all the problems that stand before us, there lies the biggest threat of all – apathy.

Apathy has engulfed this country like the smog choking us in the past few months. It asphyxiates discourse, development and most all, democracy.

Politics and politicians have always rallied for the democratic spirit, while frequently reminding people to take advantage of their right to vote and to be a part of reforms.

However, to do so, individuals must understand the immorality of political apathy does not lie in the lack of fulfilment of civic duties.

Instead, society must regard political apathy as a concern, threat and crime because of its offence against societal development.

The most instantaneous effects of apathy on a country are the deterioration of political involvement.

This is evident by the indifferent and unsympathetic responses – when we shrug off things when the going gets too tough for us.

It may appear harmless, at first, but the lingering effects will be felt for generations, and this is where Malaysia is at the moment.

This generation must do everything it can to uphold the sovereign spirit left void by a generation who felt too powerless and uninspired to keep the fire of democracy burning.

Now, if we allow people’s involvement and concerns in political matters to vanish, the elements of humanity will be stripped away from governments – “rakyat didahulukan” will be nothing more than a soulless text projected to our peripheral vision.

Without the representation of real people, the government will become a mindless, meaningless machine. Political apathy will leave humanity stranded, unable to progress and our future will disappear before our eyes.

Ultimately, if we want change, we must be the change and that’s all there is to that, folks.