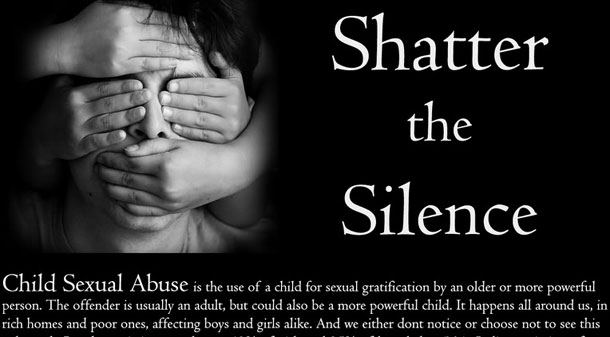 The numerous reports and the brutal specificity will only strengthen public conviction that the innocence of children must be protected at any price., asserts Syerleena Abdul Rashid.

Every child must be protected from any type of exploitation and violence. Children are, after all, the future of this nation. It is our responsibility to protect them from such horrors.

But, each year, countless children are subjected to violent abuse and humiliation. Tales of violence, rape and incest grace our headlines and are often carried out by someone they know – parent, relative, teacher, neighbour and so on.

On 5 August, reports of a 11-year-old girl from Negri Sembilan who gave birth to a baby weighing less than 1kg shocked the entire nation and left many of us with the nauseating reality that our society has been too lenient on those who dare commit grave acts upon our children. The 11-year-old girl’s baby died several days after.

According to statistics, child sexual abuse cases have increased over the past several years – there were roughly 2,584 criminal cases involving children in 2012, and 2,299 of these were reported rape cases. Parliament also reported that more than 65 per cent of all sexual assault victims were under 18.

Despite these staggering figures, Malaysia has still not set up a child sex offenders registry. With a conviction rate of below 5 per cent for sexual crimes involving children, many are guessing that there could potentially be more cases that have gone unreported. Unclear regulations, social taboos and ambiguous conceptions only escalate the intensity of discussions and debates surrounding such matters.

In 1995, Malaysia ratified the Convention on the Rights of the Child (CRC) and has since made numerous efforts to fulfil the pledge of upholding children’s rights in this country.

The Malaysian government passed the Child Act 2001 which was partially ratified to fulfil obligations under the United Nations Convention on the Rights of the Child.

The law also served to “consolidate and amend the laws relating to the care, protection and rehabilitation of children”, in particular the Juvenile Courts Act 1947, the Women and Young Girls Protection Act 1973, and the Child Protection Act 1991, by “acknowledging that a child, by reason of his physical, mental and emotional immaturity, is in need of special safeguards, care and assistance, after birth, to enable him to participate in and contribute positively towards the attainment of the ideals of a civil Malaysian society”.

In 2012, Malaysia ratified two other optional protocols to the CRC convention, proving to global communities that the nation was earnestly keen in promoting and protecting the rights of children. However, with the increased reports of child marriages, sexual abuse involving children and now, children giving birth, it really doesn’t seem like we are serious about tackling this problem.

Paedophilia and the threat this illness presents to us has become a major public concern. It personifies evil in present day society and presents the notion of “lusting after children” in the most nauseating and disgusting way ever imagined. It is against nature, and to regard children as sexual objects is repulsive.

Ongoing cases that divulge gritty details of a child’s innocence lost rile up most of us, and because of this, when it comes to child sexual abuse, the lines have been drawn out clearly. The numerous reports and the brutal specificity we’ve been exposed too will only strengthen public conviction that the innocence of children must be protected at any price.