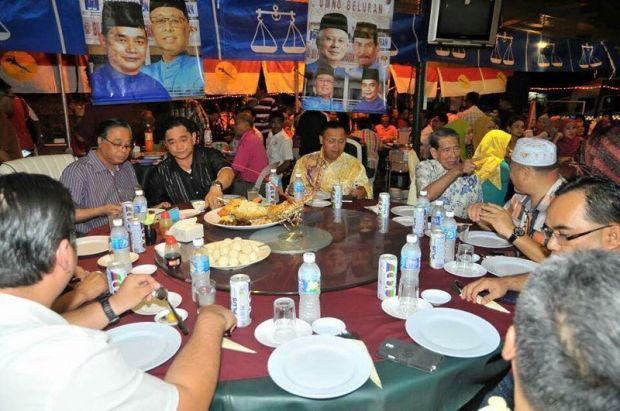 If we want to stimulate change and socio-political reform, we must not allow ourselves to become bewildered by the barrage of confusing statements often made by some ministers, says Syerleena Abdul Rashid.

William Shakespeare once said, “Confusion hath now made his masterpiece and in our country it has reached stellar heights”.

For Malaysians, it seems as though confusion has found a permanent friend in our local political scene and never have such words seemed so true. A majority of us, regrettably, think politics has become nothing more than a constant battle in confusion – the ministers appointed and elected by the voters are the ones confusing a large number of us to no end.

Recently, a minister was caught eating a bunch of turtle eggs. Consuming anything endangered is illegal and this is just common sense. Unfortunately, the minister in question claimed he had no idea and tried to reason with the public that no one in their right mind would ever eat eggs with a fork.

Our ministers get caught up in this wasteful game we call politicking while brazenly claiming that they have our best interests in heart.

Some ministers try their very hardest to justify certain policies no matter how draconian or how antediluvian or how bigoted they may seem. They validate the massive restrictions imposed upon us by reminding us of the importance of security – Malaysia is under constant threat of rising religious fundamentalism, liberalism, LGBT, electronic cigarettes, yoga, K-pop, Jews, pluralism and Valentine’s Day.

It seems as though several of our esteemed ministers tend to pacify debates with this mind-numbingly abstruse template of confusion, which became apparent during the whole Allah conundrum. In a just and sound society such an issue would not have seen the light of day, but it did, and this is nothing more than an obvious game created by the powers that be to ensure that they hold the key to Putrajaya (and the whole system) for a very long time.

They use fear-mongering tactics and instil hate-mongering methods in our society and into our psyche because, after 58 years of rule, this is the one art they have perfected to a tee. The control they have on some of those in our society is astounding but nonetheless, not impossible to undo.

The ancient Greek philosopher Socrates believed that one of the best forms of teaching is to question everything. The core concept was to develop a level of critical thinking that can help distinguish what humans believe we know and what we don’t know.

This type of questioning highlights the importance of discourse and discussions – how we perceive an issue, how others may have differing ideas and our reasons for thinking the way we do.

Questions force our thoughts and make us deal with many of life’s complexities. They also enable us to digest information and the quality of important facets. The relevance to evaluate truth and to test accuracy forces us to judge how we are forming our thoughts and our little worlds together.

Malaysians must be reminded that thinking commences with respect and the understanding that while differing views are unavoidable, logic and sound judgement must always prevail in any discourse that may ensue.

Only when an individual has to make educated choices on complex matters, can they truly be considered truly competent.

If we want to stimulate change, rational dialogue and an all-out socio-political reform, we must not allow ourselves to become bewildered by the barrage of confusing statements often made by some of our ministers.