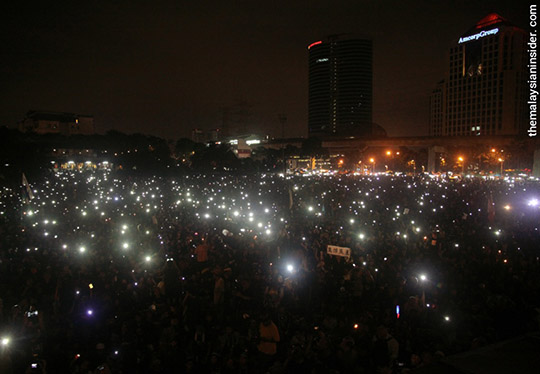 The democratic system promotes egalitarianism, social equality and opportunities that do not repress or suppress its citizens, asserts Syerleena Abdul Rashid.

According to The Economist Intelligence Unit’s Democracy Index, only 12.5 per cent of the world’s population live in under governments that practise “full democracy”. The EIU index further identifies that only 24 countries are “full democracies” whereas 52 countries are regarded as “flawed democracies”. Malaysia, our great nation, is one of these countries.

Flawed democracies are defined as countries that, even with the presence of free and fair elections, haveconsiderable drawbacks and limitations that magnify the inadequacy of present political systems.

Although basic liberties or rights are recognised, they may sometimes only exist in theory and may not be practised or applied.

A good example would be how Article 10 in our Federal Constitution guarantees freedom of speech, assembly and association: (a) every citizen has the right to freedom of speech and expression; (b) all citizens have the right to assemble peacefully and without arms; (c) all citizens have the right to form associations. But reality paints a grim picture of how such freedom have been greatly curtailed under the pretext of preserving peace and order.

The term democracy comprises two Greek words, demos (people) and kratis (power), which simply denotes the idea of “people power” where citizens are given the authority to create governments, laws and regulations.

Additionally, the very same citizens have the power to see certain governments come to an end.

An ideal and true democratic government provides its people with excellent education, good health care, affordable housing and equal opportunities for all. Under this concept, democracy simply recognises that all women and men are created equal and should live in safe environments – away from conflict, devastation and disorder.

READ MORE:  Malaysia’s back to the future

Unfortunately for Malaysians, there are those within the ruling regime and several elected leaders who do not believe in that understanding of democracy.

Who can forget Minister of Urban Wellbeing, Housing and Local Government Abdul Rahman Dahlan’s suggestion that our country is at “greater risk of greater polarisation of race” should local government election be mandated or Pas president Hadi Awang’s warning to Malaysians that if such elections were to be held, our country could see another May 13.

Most recently, Nik Abduh Nik Aziz shared his skewed view on democracy by affirming that “elections were neither the only way to obtain justice nor guaranteed to eliminate inequality”. He added that Islamic democracy was far superior to modern democracy – the one subscribed and sanctioned by modern society – but fell short in delivering full details on what defines or constitutes an Islamic democracy.

They believe their brand of democracy works best in our society: the type that limits civil liberties, freedom of expression and speech, restricts social mobility and consents to institutionalised racism or, in this case, reinforces Malay supremacy.

They simply fortify conservative philosophies – camouflaged as modern democratic practices – that are in line with docile Malaysian society, which is already by itself, highly contradictory and confusing to well-learned Malaysian.

The ruling elite flaunts this brand of democracy which they claim offers protection to all. But the average Malaysian realises that there is a certain fallacy to such claims.

The gap that exists between theory and practice has produced a divided social structure that favours one ethnicity more than the other(s) – where although all Malaysians are created equal, some are more equal than others.

READ MORE:  Are we just a messy democracy?

Our government asserts the supremacy of one religious denomination while disregarding what is enshrined in our Federal Constitution. This simply does not provide the best basis for democracy to prosper; neither does this encourage the development of public spirit; nor does it support the nurturing of a more mature political culture – one that instils a strong sense of responsibility and social empowerment.

For most Malaysians, realising the limitations we, as a society, are made to endure under the guise of democracy is never an easy thing to digest. The average citizen understands democracy as an ideology where people get to vote for who they want or who they feel can best serve them and their community.

In another sense, democracy also stresses on personal freedom, liberty and choice.

It is based on the concept of majority rule; however, that isn’t the case for Malaysia. The result of GE13 was a huge wake-up call for the nation – and left many of us wondering, “Is our country truly democratic at all?”

We know that the ruling regime failed to garner the popular vote and is nothing more than a minority government that simply cannot represent how a majority of Malaysians feel or think. Thanks to gerrymandering and our flawed electoral system, the present administrators are not equipped with knowledge, compassion or insight needed to helm a nation and steer it into much needed social progress and economic prosperity.

Life in a democracy simply guarantees the unfettered development of the spirit and the unhampered expression of the mind. It does not thrive on the suppression of wisdom or thought but encourages free thinking and discussions.

There must not be any Gestapo like rule – no ISA, no Sedition Act, no sudden disappearances in the dead of night, no death in custody. Malaysians must never be threatened for expressing our opinions on matters that we feel strongly about, such as questioning the competency of present leaders and half-baked policies that may only be advantageous to our country’s elite.

Given the flawed democracy our country now complies to, as Malaysians, we need to understand and scrutinise these flaws in order to rectify the system, in hopes that, one day, our country too, can join the ranks of nations that profess and practice full democracy.

Whatever or however we choose to define democracy, there is no doubt that the democratic system simply promotes egalitarianism, social equality and opportunities that do not repress or suppress its citizens.

Democracy, even with all its defects and flaws as observed by local critics, still guarantees a better allocation of opportunities to the common woman and man.