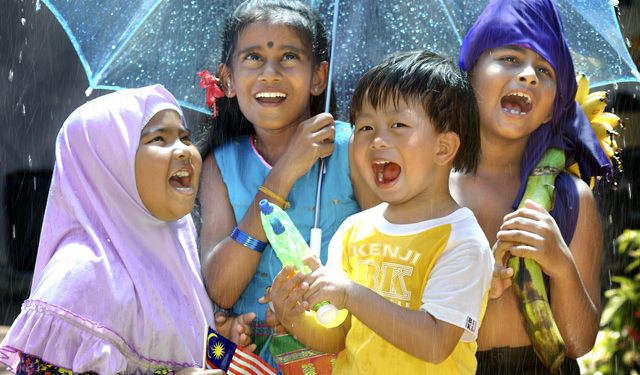 Kindness at the micro level needs to be coupled with strategic thinking and change at the macro levels, for that is where the life-and-death scenarios are created, says Nicholas Chan.

For us who have close, personal inter-racial and inter-religious friendships, the greatest fear is always that there will come a day where we have to choose sides.

This is not a far-fetched, apocalyptic imagination at all. The Syrians, while always cognisant of their sectarian differences (in the context of a Sunni majority ruled by an Alawite minority), did not expect that these differences would one day lead to a life-and-death situation until a civil war broke out.

And these situations could happen abruptly; sometimes things spiral out of control overnight.

Without the gift of hindsight, few would have imagined genocide breaking out in Rwanda as the Hutus and Tutsis spoke the same languag; attended the same churches, schools and bars; lived together in the same village; and worked in the same office.

Some would even argue that if it weren’t for the Belgians, the racial categorisation between Hutu and Tutsi would not exist at all. I wrote about the Rwandan genocide in greater detail in a previous article.

When all hell breaks loose, who your friends are is no longer important. Which side you are on and who you are matters more.

The Christian and Yazidi minorities being systematically wiped out in the Middle East would know the best.

Many have to feign to be in a different religion or convert just to stay alive in the face of the sword. Who you are (or identify to be) is your fate.

Worse, people are also expected to rat on their friends or neighbours. The motivation to do so is often not for self interest (that is not to say self-interest is not a driver of self identity; see for example, someone who is Ridhuan and T), but pure survival.

You either betray your friends; if not, you are treated as a betrayer of your own race or religion.

These are traumatic experiences because you are reduced to none other than a single identity defined by animosity. One has to be either Chinese or Malay, and to be one requires the hatred and rejection of the other.

Unless you are from the cohort of a certain chubby billionaire playboy who has the luxury to disappear whenever the s*** hits the fan, I don’t see any chance for friendships, no matter how genuine they are, to survive such hardships.

Nor do I put the onus on them to prove their resilience. It is not fair at all for those without the luxury to seek refuge from chaos.

As exceptional as the acts of Oskar Schindler may be, the extermination of the Jews remains one of the worst crimes of humanity.

Moreover, ethnic riots and mass murder continue to happen. And South East Asia has seen quite a fair share of it.

Cambodia under the Khmer Rouge. Indonesia in 1965 and 1998. Burma with its persecution of Rohingyas, just to name a few.

Most of these incidents are not hot water waiting to boil at the societal level, but instead are tragedies planned, incited, organised, funded and sometimes tolerated by institutions and decision-makers operating at the macro level.

Sadly, the all-powerful Leviathan often has the upper hand against well-meaning civil society and Good Samaritans because in a game of upmanship, the establishment definitely has more cards to play.

They can deploy more provocateurs, clamp down on peaceful assemblies, and if all fails, subvert the most effective community leaders.

The recent mooting of political funding regulations, ironically after a scandal of political funding, is to be taken suspiciously because the regulation of funding in non-governmental organisations has proven to be an effective method in countering civil society movements by authoritarian regimes in Egypt, Pakistan, Russia and China.

Appeals for reason, axiomatic though it may sound, mean nothing when the counter-message of violence and “solidarity” is able to tap into and capitalise on deep insecurities of a major segment of the population.

These differences – whether cultural, economic or imaginary – are by virtue of the state, and micro-level initiatives are usually powerless to change them.

The recent Low Yat incident, sparked by theft (evidence is aplenty), deteriorated swiftly into a case of mass violence and racial finger-pointing where reason is discarded like a rotten cabbage.

The faculty of reason is worthless in a country not governed by reason.

For reason to prevail, we will need to recognise that those who have the power and motives to stamp it out operate at the macro level. Institutional reforms, cliched though it may sound, are the key to removing these barriers to better communal relations and to avoid unwanted episodes of violence.

A professional police force, non-discrimination at both public and private sectors, a more humanistic schooling environment, investment in social capital rather than glitzy real estate projects, constitutional safeguards of minority rights, and a ‘go-to-jail’ card for preachers of violence are where the discourse of preserving ethnic harmony should focus its energy on.

It is noteworthy that Bersih 4’s agenda was to push for some of these institutional reforms, too.

The three draft bills proposed by the National Unity Consultative Council (NUCC) to replace the Sedition Act should also be re-examined, amended (if needed) and championed.

That said, I am not advocating that gestures which promote kindness, interfaith and intercultural understanding at the community and interpersonal level be retracted.

Kindness at the micro level needs to be coupled with strategic thinking at the macro ones. If that is where the life-and-death scenarios are created, change needs to be brought to that level.

I don’t want to lose my friends just because we have lousy policies and politicians.