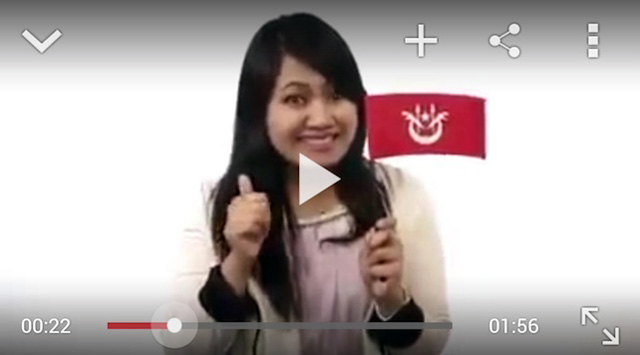 The authorities must take stern action against those who instigate harm and violence towards Aisyah Tajuddin, says Syerleena Abdul Rashid.

The above is one of the many comments targeted towards Aisyah Tajuddin. I have one simple question to ask, does this comment enrage you? If it doesn’t, then you are misogynistic, which simply means you hate women.

If you don’t understand what misogyny is and find the video as anti-Islamic even without viewing the entire video, then that simply means you suffer from a deficit of intellectualism and that, my friend, can lead to destructive consequences.

The BFM video that sparked a mass hysteria of misplaced vitriol showcased the ugliness of the Malay/Muslim siege mentality. The video has since been taken down but the after-effects that continue to linger will forever haunt the rest of us.

The numerous hate-filled threats on social media solidifies the fact that online misogyny is equally disturbing and must be taken seriously. What makes these comments worse is the anonymity cyberspace provides for these cyber-bigots to troll around ruthlessly.

These comments also confirm the unforgiving attitudes some Malaysians have when it comes to sensitive topics, in particular, religion. Hudud, has for quite some time now, replaced the May 13 boogeyman and for some (Muslims and non-Muslims alike) the fear of not knowing exactly what hudud is about has created tension and distrust within our society.

The hudud debate, or rather the lack of debate, has created an over simplified argument for Malaysians – you are either for it or against it – end of discussion.

If a Malay-Muslim were to raise a few questions such as how hudud will be implemented in a multi-ethnic, multi-religious country like Malaysia, overzealous critics will brand you an apostate and subject you to the worst online threats you can imagine. In this case, Aisyah Tajuddin has been made a scapegoat for these overzealous critics to vent their frustrations, and she isn’t the only one.

Borders store manager Nik Raina Nik Abdul Aziz, political secretary to Lim Kit Siang, Dyana Sofya Mohd Daud and I – yours truly, have all been the targets of online death threats and the subject of multiple grotesque rape fantasies. The reason is simple: the unholy marriage between religiosity and the patriarchal system has allowed misogyny to manifest itself into a dreadfully real problem in modern society.

Everyone knows that in a male-dominated world, women are just easy prey.

It doesn’t help that Malaysians have an increasingly awkward relationship with intellectualism. Most Malaysians are only too happy to have someone declare and dictate what society should believe in. The events that lead to the ridiculousness of shallow interpretations and taking things too literally are a result the system giving too much space for the anti-intellectuals to convey their brand of ideologies.

‘Dumbing’ down of our country

The threats made towards Aisyah Tajuddin and BFM all points to the ‘dumbing’ down of our country. The hyper-politicisation (i.e. the overzealous banter) and the hypo-politicisation (i.e. political apathy of our young) only allow these fanatics to do as they please in this country.

The actual content of the video highlighted the thoughts that echo in the minds of most Malaysians: why are those in power focusing on hudud when pressing issues have not been dealt with properly?

A survey conducted by Merdeka Centre pointed out that a majority of people in Kelantan would rather have their elected leaders focus on the economy and recovery efforts. It is most unfortunately that religion is often manipulated to conceal severe issues and to an extent, used to divert our attention. Most of us understand the situation a little bit better than some; BFM only dared to highlight the truth, and for some of us the truth can be too difficult to swallow.

That said, the authorities must take stern action against those who instigate harm and violence towards Aisyah Tajuddin. These evil comments can be found publicly on various social media sites and must be considered seditiously harmful in nature.