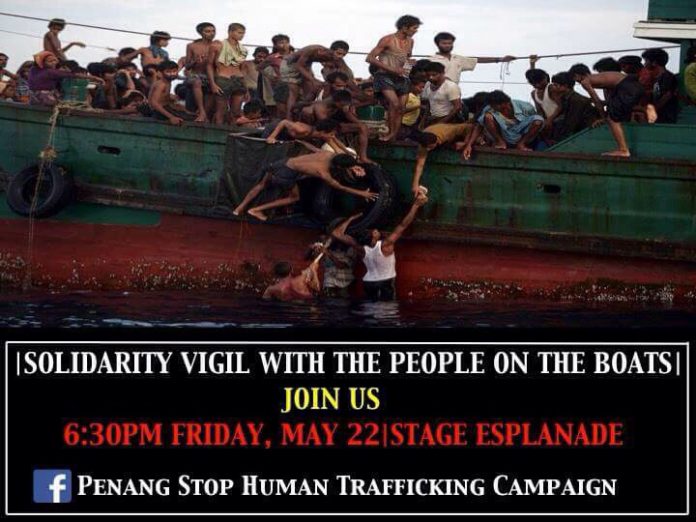 Refugees have simply lost all protection, and sending them back home is simply too dangerous, says Syerleena Abdul Rashid.

You are forced to leave your country, your home and everything you grew up with. As much as you would wish you could stay, you simply cannot.

The country you grew up in and the government entrusted to protect its citizens are unable to protect you.

In some cases, it is the government itself that prosecutes its very own citizens because of some deeply rooted destructive bigotry or some horrifically oppressive regulation created by traditional warlords.

You’re forced to leave behind relatives apart from your intermediate family – but of course, that is usually debatable.

If you are well off, you can afford to escape with your loved ones; if not, you’re forced to leave them behind and pray that somehow you can return someday to rescue them.

You end up paying for your ‘journey to freedom’ with your life savings to someone who promised to take you to some far-off land that can ensure economic prosperity, security and, above all, a better life.

But as soon as you board that boat, you find yourself in a situation so sinister, all you want to do is escape.

You find yourself living amongst hundreds of others who share similar experiences like you, onboard a ship and stripped away of all human rights.

You end up living on a boat for the next several months in very cramped conditions, given very little food and water.

You see men, women and children abused in ways first world countries can never understand or dread to even imagine.

In between bouts of sea sickness and slumber, you find yourself wondering if this is what hell is like.

By definition, a refugee is a person who has fled his or her home country because of persecution on account of race, religion, nationality, or political opinion; refugees are also recognised as being a member of a persecuted social category of persons.

The United Nations High Commissioner for Refugees (UNHCR) recognises the Rohingya as refugees, which grants them a special status far different from illegal migrants.

Unfortunately, Malaysia does not recognise such status and, as a result, the Rohingya refugees in Malaysia are treated as criminals and subjected to additional oppression.

At present Malaysia has about 150,000 refugees and asylum seekers with more than 45,000 being Rohingya.

The actual numbers are predicted to be much higher as there is still a significant number of undocumented refugees.

According to the UNCHR, from January to March this year, about 25,000 Bangladeshis and Rohingya Muslims smuggled their way across the seas, and these numbers pose a significant increase over past years’ figures.

In a recent report, Malaysian Deputy Home Minister Wan Junaidi Tuanku Jaafar had the audacity to say, “We have been very nice to the people who broke into our border. We have treated them humanely but they cannot be flooding our shores like this.”

Wan Junaidi clearly doesn’t understand the humanitarian crisis that has the whole world wagging its finger at Malaysia. Such a statement shows how callous, detached and uncaring some of our ministers can be.

People tend to confuse refugees with migrants; unlike the latter, refugees do not enjoy any sort of protection from their home countries.

Refugees have simply lost all protection, and sending them back home is simply too dangerous.

Sending them home is similar to sentencing them to death.

Ministers like Wan Junaidi make it difficult for Malaysia to recognise the significance of the 1951 Convention Relating to the Status of Refugees and just how important it is for human beings to simply care for one another.

Fact is we have an international crisis, and our country is a part of this.

It is no longer their issue but our problem. The Malaysian government can no longer afford to close an eye and must provide a healthier way of treating refugees and asylum seekers. – 15 May 2015.