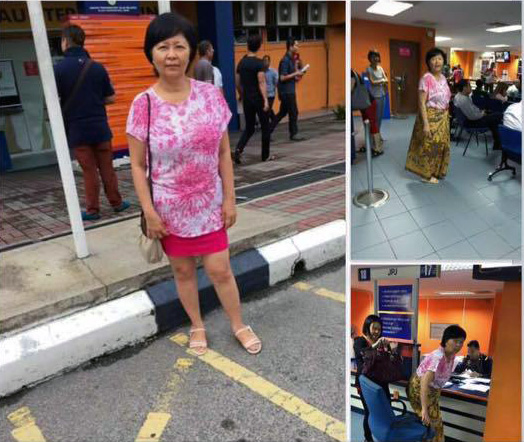 Whenever the topic of modesty pops up, why is it that it is always about women and almost never about men, wonders Syerleena Abdul Rashid.

It never ceases to amaze me that whenever the topic of modesty pops up, it is always about women and almost never about men.

Society never judges parents whose daughters fail to cover their “aurat” because for all we know, women are to be blamed for all the social ills that exist in our present day society.

It is always “boys will be boys” and women are the root of all evil.

Imagine that you are planning a lifesaving course at one of the local pool facilities.

How many seconds do you think would pass before someone raises the issue of what appropriate dress code should be imposed on the girls?

This is clearly the kind of double standards that exists in our society, and like a cancerous tumour, it is spreading rapidly into our once progressive society. And when it comes to attire, especially ones that may require less coverage – think sports and other athletic reasons – more than anything when such activities are organised, no one ever says, “We need to make sure boys don’t wear anything that highlights the shape of their penises”.

You see, this happens because of patriarchy and misogyny where such dress codes are imposed by the ever judgemental minority and such codes never cater for men. And as our society slides down the slippery slopes of conservatism and idiocy, our society’s obsession with the female anatomy is a reflection of an increasingly chauvinist social code of conduct we have somehow managed to recognise.

When Farah Ann Hadi won six gold medals at the recent Sea Games, the amount of negative comments made by the repressive conservatives displayed the absurd side of Malaysian society.

Many felt commenting on her attire was more important than celebrating her achievements.

Mind you, being an elite athlete is no walk in the park.

It took Farah Ann years of preparation, discipline and hard work to achieve what she accomplished that day, but all of that didn’t matter because our society was just too obsessed with what she had donned instead.

It all boils down to this warped idea that women’s bodies are a source of sin, while men, on the other hand, are free from such burdens.

If anything, male sexuality is often looked at as something rather positive – a sign of masculinity and virility, whereas, a women’s sexuality is seen as dirty, immoral, deviant, and dangerous if not controlled properly.

It is difficult for us women because such beliefs are deeply rooted in history and religion.

Aristotle, who obviously did a lot of thinking about women, envisioned how he believed society should be structured: the relationship between a free male and his three subordinates – women, children and slaves.

He once famously said, “The female is a female by virtue of a certain lack of qualities – a natural defectiveness.”

To him, “women were defective men where fetuses that developed normally became male, and those that were crippled somehow became female.”

Of course, this concept was a result of limited medical understanding in ancient times, but for us living in the 21st century, such excuses are no longer valid.

The simplest theory for this kind of misogyny is that such attitudes are driven by an exclusively male experience of sin and lust.

Needless to say, the exploitative representation of women in the media doesn’t help one bit.

Throughout the years, such exploits have successfully reduced women to being nothing “more than objects to be won, prizes to be shown off, and playthings to be abused”.

As a result, these men compare the women in their lives to what they see on television and magazines.

The effects of such thinking only worsens when no one tells these bigoted men – and sometimes women, that this is wrong.

We can blame religion, corruption, MTV, fashion magazines, the media or even the silent majority for not speaking up when they should, but what we should really do is blame ourselves for allowing such absurdities to surface in our society, in the first place.