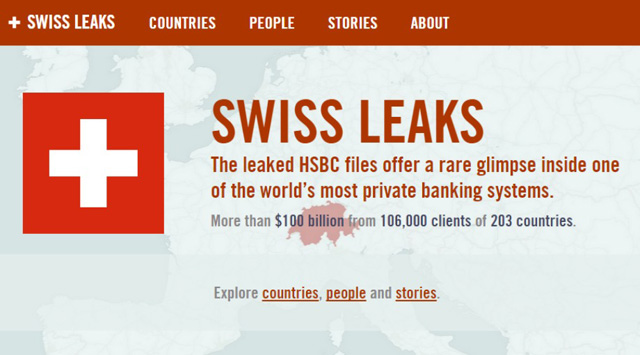 It is not the average struggling Malaysian taxpayer who is stealing the national wealth, says Wandering Malaysian.

A staggering total of US$395bn was siphoned out of Malaysia in illicit financial flows in 2003-2012.

Malaysia has the ignominy of being the top fifth country globally for illicit financial outflows (India nudged Malaysia from 4th to 5th place in 2014). According to the Global Financial Integrity report, Malaysia alone contributes to 6 per cent of the total global illicit flows from all developing countries.

Put another way, for every US$1 of foreign direct investment that Malaysia received in 2012, US$5 was being smuggled out of the country. This is only a conservative estimate as the methodology to estimate the outflows is very rigorous based on reported balance of payments and trade statistics. (Global Financial Integrity has the details.)

Close to 20 per cent of Malaysia’s GDP is being stolen and spirited away overseas and kept in safe havens as either cash or invested in assets. While the volumes have been declining since 2010, the question is how can such plunder on a national – nay, international – scale, mostly through deliberate trade misinvoicing, escape the notice of Bank Negara, the Royal Malaysian Customs and the Royal Malaysian Police.

Let us look at another recent revelation through secret Swiss banking files of 30,000 accounts that were leaked last week (the Swiss Leaks). Malaysia is ranked 87th among the countries with the largest dollar amounts stashed away with one notable Malaysian who has squirreled away US$68m. The International Consortium of Investigative Journalists (ICIJ) has named a member of the Pahang royal family. Unfortunately, the ICIJ site does not allow access to country level data which will reveal who the other Malaysian luminaries are who prefer to keep their money in secret accounts in Switzerland rather than in Malaysia.

Given that the top 10 per cent own 40 per cent of the total wealth of Malaysia, we can safely assume that it is not the average struggling Malaysian taxpayer who is stealing the national wealth.

So, which Malaysia-based individuals and firms are well positioned to carry out trade invoice shenanigans? How many of these are either proxies or linked in some form to political parties and networks? How many current or former Malaysian political leaders have interests in these businesses?

How can such a huge amount of money leave Malaysia without the tacit complicity of the authorities?