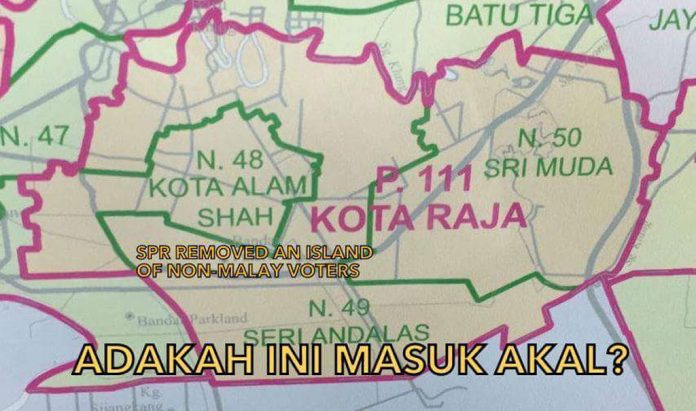 The manner how the Election Commission has gone about with the re-delineation process for Parliament and state seats throughout Malaysia is absolutely disgusting, says Xavier Jayakumar.

The principle of ‘one person, one vote’ has been totally compromised following the commission’s actions seeking to change the names of 12 parliamentary seats and 34 state constituencies nationwide.

The exercise affects Selangor the most as five parliamentary seats and the state seats under them are being slated for the name change. Taking note that all these seats are currently under opposition rule, one could easily speculate that the latest move by the commission favours Umno.

With these changes, the commission has effectively moved thousands of voters around to create fewer mixed-raced seat. Thus, the commission, in one way or another, has ensured that Selangor gets an increase in the number of Malay-majority seats.

A clear example is the Seri Andalas state seat, for which I am currently the incumbent assembly member; it shows an estimated 30,252 voters have been effectively moved following the commission’s plans. Furthermore, the commission has brought in 14,268 new voters from Malay areas. So from a 60:40 (non-Malay:Malay) mixed seat, we have become about an 85 per cent Malay– majority seat.

This, to me, is daylight robbery of the voters’ rights. The same voters who want to see a change in Malaysia. With this move, the Election Commission is robbing the Malaysian public of their constitutional rights by trying to circumvent the Federal Constitution.

This is morally and legally wrong and the people should not allow it to happen.

As such, we ask that the commission members reconsider its methods in determining the re-delineation exercise for the various parliament and state seats or resign immediately as they have disgraced the sanctity of the Malaysian public.