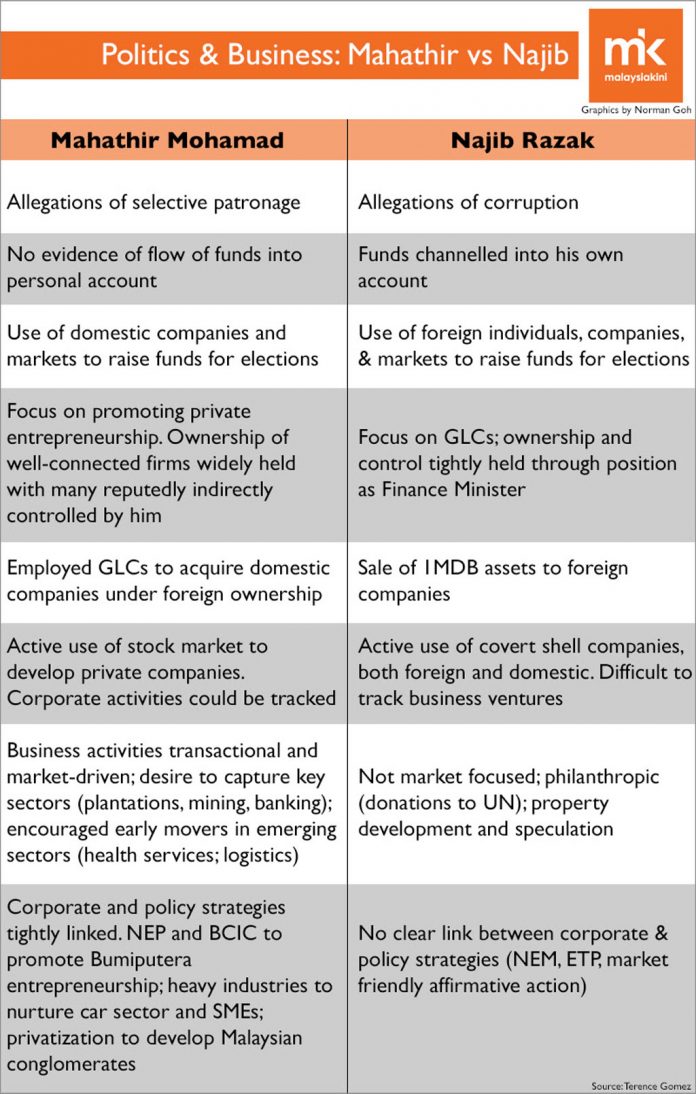 Terence Gomez urges Malaysians to support the Citizens’ Declaration to ensure, at the very least, that institutional reforms are enforced.

These are unprecedented times in Malaysian politics.

On 4 March, when the Citizens’ Declaration was announced, its signatories comprised such a large number of longstanding political adversaries that the event was deemed the coming together of extremely strange bedfellows. These adversaries included former Umno president and prime minister Mahathir Mohamad and former opposition leader and DAP secretary general Lim Kit Siang.

What brought them together as joint signatories to this 37-point declaration was their similar goal to compel Najib Razak to resign as prime minister. Najib, according to this declaration, has refused to sue international news agencies that have made serious allegations of corruption against him involving 1MDB Bhd, a sovereign wealth fund he directly controls as finance minister, and he has curbed institutions from conducting an independent investigation into the charge that he has violated public office.

At the heart of these corruption allegations is the enduring nexus between politics and business that has contributed to numerous controversies. Mahathir’s critics, including Najib, contend that he too had to deal with allegations that he had benefited from political-business ties during his long tenure as prime minister. Political analysts have repeatedly stated that Najib is Mahathir’s protégé, groomed by him for high office and to continue his policy legacies.

Najib governs Malaysia through an unjust structure that Mahathir had created by undermining the autonomy of oversight institutions. There is merit to these criticisms.

However, there are fundamental differences in the way Mahathir and Najib linked politics and business, including from a policy perspective. The table above illustrates the differences between these two leaders.

From the outset of his premiership, Mahathir’s focus was on instituting a system of government patronage to create what he hoped would be a new breed of bumiputera entrepreneurs. Mahathir’s nurturing of Malay corporate captains would eventually lead to allegations of unaccountable and non-transparent selective patronage, involving also his sons.

In Najib’s case, the allegations are not merely of selective patronage, but also of corruption and the channelling of public funds amounting to US$680m into his personal bank account. If these allegations against Najib are true, this amounts to a form of kleptocracy.

In fact, comparisons have been made between Najib and Ferdinand Marcos, the former president of the Philippines who was ousted from office following a people’s power revolution in 1986. Najib himself has publicly stated: “I am not a thief.” Unprecedented times, indeed.

Mahathir, interestingly enough, has argued that if there is evidence of corruption involving him during his tenure as prime minister, he should be charged in court.

Najib’s government has not moved to charge Mahathir of any criminal offence despite their serious feud, reinforcing the point that there is a difference between corruption, legally defined, and patronage, involving the distribution of government-generated concessions through policies such as the New Economic Policy (NEP) and the Bumiputera Commercial and Industrial Community (BCIC).

Mahathir and Najib, while serving as Umno president, have been critiqued over their access to political funds. Umno has a slush fund, created during the premiership of Tunku Abdul Rahman and used primarily to finance the party federal and state during elections. Senior party leaders have oversight of this account.

In Najib’s case, by his own admission, donations to help Umno contest the general election in 2013 flowed into his personal account. (Now suspended) deputy president Muhyiddin Yassin has stated that he had no knowledge of this donation. What has been exposed during this intra-Umno feud is that substantial funds were used during the last general election.

According to Idris Haron, Umno’s Malacca chief minister, the Barisan Nasional spent RM1.5bn in the last election, a public admission that the coalition had violated election laws. The Election Commission has not acted on this matter.

One crucial difference between the two men is that Umno under Mahathir had resorted to the use of the domestic market and companies to raise funds for its political activities. By Najib’s own admission, foreign individuals and firms have emerged as a major source of funding; he has not disclosed details about these funders, even to Umno members.

Mahathir and Najib fundamentally differ in terms of how they used government-linked companies (GLCs). Mahathir used GLCs to acquire foreign companies that had a huge interest in key sectors such as plantations, mining and banking. Najib’s 1MDB has been heavily criticised for the sale of assets, including strategically located land in urban areas, to foreign firms.

As finance minister, Najib has direct control over Malaysia’s numerous GLCs, including savings-based institutions such as the Pilgrims Savings Fund (LUTH), the Armed Forces Savings Fund (LTAT) and the government’s Pensions Trust Fund (KWAP). These institutions were linked to 1MBD when they acquired assets belonging to this beleaguered sovereign wealth fund.

While Mahathir was most concerned about creating huge privately owned conglomerates, Najib’s corporate-linked activities have involved the GLCs, particularly 1MDB which he took control of when he assumed office as prime minister in 2009.

The way well-connected companies linked to Mahathir operated in the economy differed fundamentally from GLCs such as 1MDB. While Mahathir advocated the use of the stock market to develop conglomerates, 1MDB’s business deals have been linked to covert shell companies incorporated domestically and in foreign countries.

In terms of business development, corporate ventures of well-connected companies in the Mahathir era were transactional and market-driven. Mahathir actively propagated the need for businessmen to be early movers in emerging sectors such as health services and logistics; many of these ventures failed because of selective patronage.

1MDB’s business deals are not similarly focused on developing vibrant entrepreneurial enterprises. Companies linked to the 1MDB controversy are involved in infrastructure and property development projects.

Individuals associated with 1MDB are active in philanthropic activities including making donations to agencies in the United Nations, as well as ventures such as film-making and the acquisition of property in foreign countries, particularly in the United States that appear speculative in nature and now the subject of probes by the Justice Department and the Federal Bureau of Investigation (FBI).

Mahathir’s corporate and policy strategies involving the NEP, BCIC and heavy industries were tightly linked to the nurturing of Malay enterprises, including SMEs. One of privatisation’s primary goals was to create Malaysian-owned conglomerates.

In Najib’s case, there is no clear link between corporate and policy strategies. His numerous policy plans – the Government Transformation Plan (GTP), the New Economic Model (NEM), the Economic Transformation Plan (ETP) and market friendly affirmative action – appear detached from his desire to use GLCs to create a vibrant domestic enterprise base.

What the 1MDB controversy has revealed and the Citizens’ Declaration has captured is that political-business nexuses under Najib have evolved into extremely unproductive corporate activities that also deeply undermine free and fair electoral politics.

Major institutional reforms are urgently required to ensure accountability and transparency in Malaysia’s system of governance. This is now imperative if the government is to inspire confidence in investors and allow the economy to function effectively.

Mahathir remains reluctant to acknowledge that he has to take responsibility for many of these problems. However, by signing the Citizens’ Declaration, which includes a call for major reforms, Mahathir has, whether he likes it or not, acknowledged responsibility for the problems that now have to be redressed.

However, Najib’s government will not institute major reforms, although he claimed in the NEM that he would deal with the problems of patronage, rent-seeking and corruption, as they must involve a devolution of power to independent oversight institutions such as Bank Negara, the Securities Commission, the Malaysian Anti-Corruption Commission and the Election Commission. Nor will Najib accept changes to how the attorney general is appointed and to whom he should be made accountable.

Terence Gomez is based at the University of Malaya. His publications include Umno’s Corporate Investments: Politics in Business (1990), Malaysia’s Political Economy: Politics, Patronage and Profits (1999) and The State of Malaysia: Ethnicity, Equity and Reform (2004).