Home Web Specials A khat too deep in fault lines of multi-ethnic Malaysia? 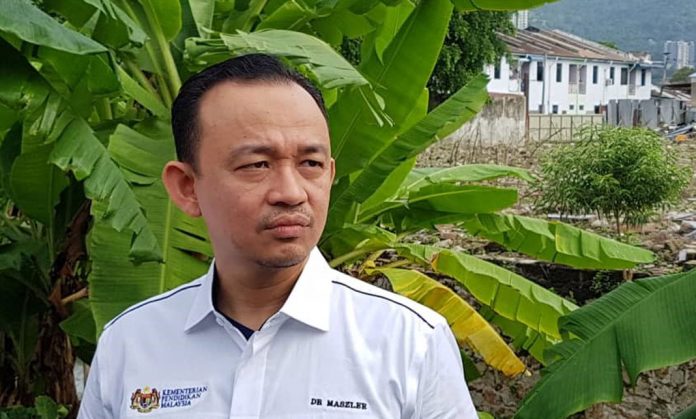 Priority should be given to highlighting connectedness among the various ethnic groups in the wider context of forging national unity and mutual respect, says Mustafa K Anuar.

A controversy is now raging over the proposed introduction of khat, which is supposedly religion-neutral, to primary four pupils where race and religion are often mixed and exploited by certain quarters to the extent of giving rise to unsavoury consequences.

Even if khat (or Arabic calligraphy) is proposed with the most noble of intentions, which supposedly aims to help pupils to appreciate the art form as well as moral values, its hurried introduction has already created suspicion and anxiety particularly among non-Muslims.

It is possible that this issue might even alienate Pakatan Harapan from non-Malay constituencies at the next general election.

This is because it is introduced in a social context where Islamisation is perceived, rightly or wrongly, especially by non-Muslims, to have crept into national schools in the last few decades.

The khat poser is seen as yet another attempt to Islamise vernacular schools by reaching out to non-Muslim children.

It does not help either when Education Minister Maszlee Malik himself is depicted, rightly or otherwise, by his detractors as a keen advocate of Islamisation.

Furthermore, the khat introduction is made on the back of the government’s refusal so far to officially recognise the Unified Examination Certificate (UEC), which Chinese educationists in particular and the Chinese community in general have been clamouring for.

To be sure, recognising the UEC was part of the PH electoral manifesto in the last general election. It is also a move fervently pushed by the Chinese-dominated DAP, a component party of PH.

In other words, the trustworthiness of the present government has been found wanting in the eyes of the affected non-Malays, particularly over khat and the UEC.

At the same time, certain Malay-Muslim groups and the opposition Umno-Pas have urged the federal government to stand its ground on the inclusion of khat into the syllabus.

A failure to do so would be deemed as the PH government’s, particularly Malay-based Bersatu’s, dismal inability to protect and promote Malay-Muslim culture and identity.

In short, the PH government has found itself caught between a rock and a hard place – which obviously isn’t comforting in its attempt to try and appease the two opposing blocs. Lo and behold, a zero-sum game is at play here.

Politics aside, the inclusion of the khat section – a mere six pages of the Bahasa Melayu textbook itself – brings into question the aim of this controversial change.

For example, can this brief introduction to khat be effective enough to make the pupils appreciate the art form at such an early age? Or would it just be a mere fleeting fancy for the children?

Can they really learn moral values by writing and using the following words – helpful, gift, caring, biological mother and good-hearted – in their Malay equivalent in Jawi?

Wouldn’t moral values be effectively instilled in a form that is familiar to the kids, namely the Romanised Malay language and the inclusion of other important values as well?

If the rationale behind introducing khat is to expose pupils to Arabic calligraphy, wouldn’t it be more appropriate to place it in, say, a separate booklet on Malaysia’s ethnic cultures, which showcases all forms of calligraphy that are found in our society, including Chinese, Indian, other ethnic and, if any, aboriginal ones?

READ MORE:  Beyond the historical city: Rethinking our biocultural heritage for a pandemic age

By doing so, each of the calligraphic forms would be provided its proper social context while children would be made to recognise these diverse art forms are part and parcel of being Malaysian – and they should celebrate this rich diverse heritage.

Neither does this approach necessarily denigrate the position of the Malay language as the national language. On the contrary, its status would be enhanced when used to help pupils to access knowledge about their country’s heritage, one of which is khat and the Jawi script.

It is hoped that this strategy would help build a vital sense of belonging among children and their parents as well and not develop fear of cultural marginalisation and political exclusion.

Equally, if not more, important is the need for the Ministry of Education to clearly state its overall objective of having educational reform and academic changes, such as khat, in the larger context of national unity and progress.