Home Web Specials A plea for humanitarian care for migrants 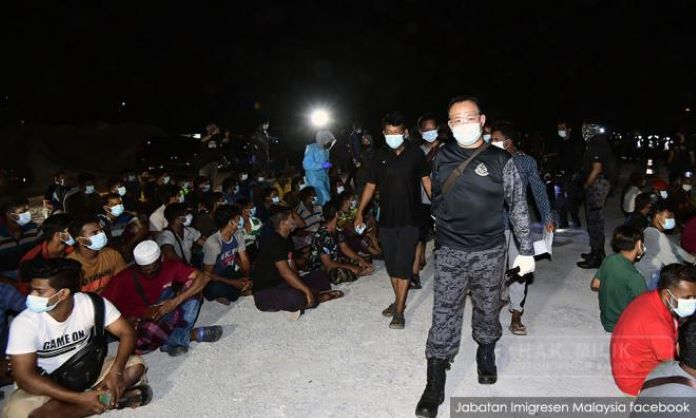 The big spike in Covid infections and deaths in recent weeks is deeply worrying for Malaysians and foreigners alike, for we are all in this crisis together.

The government has already made a stronger push for the national immunisation programme, which received a positive response from many people who have been persuaded that this is one way to curb the relentless spread of the menace – apart from adhering to the standard operating procedure for Covid prevention.

Yet despite the government advocating for immunisation in a big way, the Ministry of Home Affairs was reportedly determined to arrest – yet again – undocumented migrants during the first two weeks of the ongoing lockdown.

The Immigration Department is holding the operations with the assistance of the National Registration Department and the police, while the Prisons Department was poised to place those arrested into more detention centres.

The first time the government broke its promise – which was voiced by Science, Technology and Innovation Minister Khairy Jamaluddin – not to arrest undocumented migrants was during the first movement control order period last year, which witnessed thousands of them rounded up and detained in immigration centres.

In fact, the arrests became controversial and were made known to the world when Al Jazeera produced an investigative documentary of it. As it turned out, the government insisted that the global TV network make an official apology for having tried to tarnish Malaysia’s image.

In the present case, the government broke the promise – also reportedly committed by Khairy Jamaluddin initially – that the migrants would be encouraged to get vaccinated and that they would not be arrested for doing so.

This begs the question of whether the right hand knows what the left one is doing.

This is downright baffling because, as rightly pointed out by civil society groups, the threat of arrest would clearly drive these migrants to go into hiding and, as a result, leave them vulnerable to Covid. Whatever goodwill and trust left between the migrants and the authorities would be further eroded by this action.

Worse, those migrants already infected and fearful of being arrested could infect others they are in contact with. The cycle is not broken.

The severity of the pandemic across the country oddly seems to have been lost on the Ministry of Home Affairs, especially given that the migrants are located in various sectors of our economy and, in many cases, are in contact with locals.

As it is, health director general Dr Noor Hisham Abdullah has already warned that our healthcare system is reaching breaking point, especially if the current trend is not stemmed quickly.

We obviously cannot afford to have an enlarged migrant cluster, alongside other clusters such as the Raya cohort, birthday celebrants and crowds in public places. Nor should our doctors, nurses and other healthcare workers, who are already overworked, be left to bear the brunt of political folly.

The government’s decision to implement the third lockdown should serve as a grim reminder that things are not looking good and serious steps must be taken to address the pandemic, particularly the immunisation of people in the country, irrespective of their residential status.

In the interest of the people’s health, we hope the government would rescind its decision to arrest the undocumented migrants who, like other Malaysians, are equally worried about their vulnerability to the menace, which has an impact on their wellbeing and livelihoods.

If anything, the virus shows that our humanity should prevail in times of crisis. – The Malaysian Insight