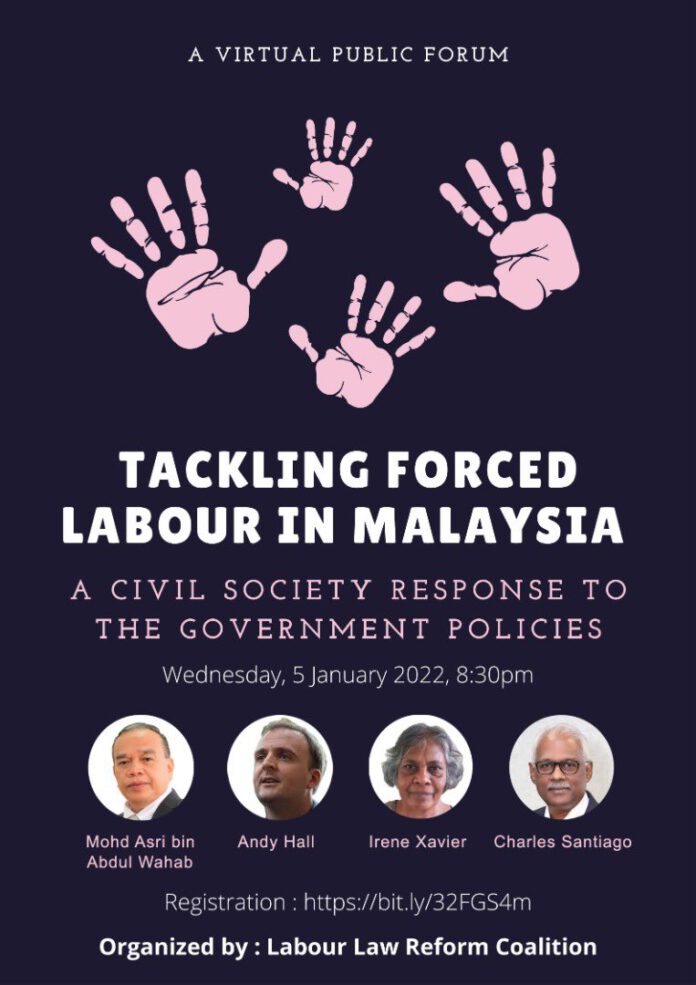 The Association for Welfare, Community and Dialogue (Acid) welcomes various initiatives currently undertaken by the government, unions and civil society in addressing the issues of forced labour.

This comes in the context of sanctions and measures imposed by the US Customs and Border Protection on Malaysian-based companies that are seen as collaborators of forced labour in the international supply chain, in regard to migrant workers.

In all the discussions and planned forums in the country on forced labour, what is obvious is the term forced labour has been relegated or reduced to migrant workers, or its discussion is centred around legal circles, without much consideration to the complexity of the issues involved.

For example, the debate and statements on forced labour issues in the country seem to ignore the international neoliberal trade environment where international investors regard a country that has a low-cost structure of producing materials and cheap labour as having a competitive advantage. There is also an argument by developing countries that trade and labour standards should be separated, so that developing countries would not lose out on competitiveness.

In the context of forced labour, one cannot separate trade liberalism from labour standards. Is this not what the current debates on forced labour in the country are heading to – where it is seen from the angle of avoiding sanctions, or from a mere labour rights issue without an understanding of how international trading approaches seem to contribute to forced labour?

Secondly, when articulating the ills of forced labour, there is a tendency to focus merely on the international supply chain of migrant workers, while there are subtle aspects of forced labour that are also affecting Malaysians. For example, since the Covid pandemic, there has been a restructuring of organisations that have been done in bad faith.

Those that are not in favour by the management have been transferred to other departments without mutual agreement and compelled to work in areas where they have no natural inclination and skills. The management of many companies has used this strategy to get rid of unfavourable employees. Is this not a type of forced labour?

There are also foreign security guards who work without off days, and if they do take leave, their salaries would be deducted. Is this not a subtle element of forced labour that uses remuneration as a weapon to force migrant workers to work every day without rest?

It is obvious that the issues above are not much debated in the country regarding forced labour.

Therefore, to address issues related to forced labour, there is a need to take a comprehensive approach by applying broad principles that should be adhered to by the government, the private sector and the unions.

Unless these fundamental conventions are part and parcel of trade relations among countries and address the subtle aspect of forced labour within micro organisations, the debate about forced labour will result in piecemeal reforms and will not bring much impact to victims that faces various forms of forced labour.

Let’s adhere to the fundamental ILO conventions in broadening our statements and debate on forced labour. – Malaysiakini