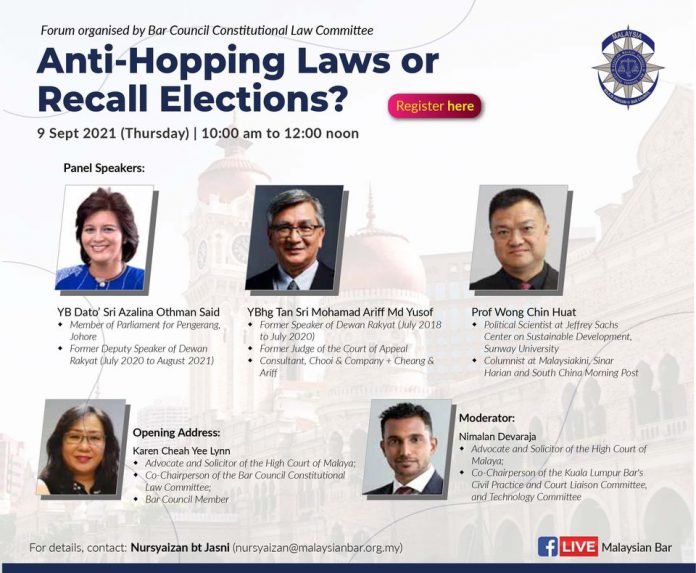 Malaysia has experienced several dramatic political and constitutional crises in the last two years, resulting in entirely new governments but with mostly the same faces in the cabinet.

The call to establish anti-defection laws for the nation is becoming brasher. MP for Pengerang Azalina Othman Said has just presented a private member’s recall bill proposing a system of recall elections, which would enable voters to withdraw the mandate they had given to MPs who then switched parties.