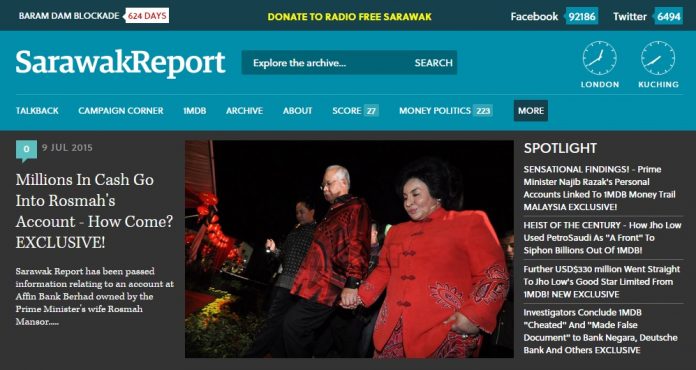 A leader who supposedly has the people’s welfare at heart has no business worshipping materialism, writes Mustafa K Anuar.

The recent confiscation of 284 designer bags and 72 suitcases of cash, watches and jewellery from the premises of former Prime Minister Najib Razak is astonishing, to say the least.

It is stupefying, especially to ordinary Malaysians, that the eminent couple could amass such a horrendous amount of expensive bags, watches and jewellery, let alone the massive amount of cash, when there are people in society who are still struggling to make ends meet.

Such extravagant behaviour suggests, among other things, a total disconnect between the leader and his people – where the former lives in his own comfortable bubble.

Yet, it was Barisan Nasional’s mantra that it had the people’s interest at heart, a message that was aggressively conveyed via billboards, banners and television.

Najib, in his desire to be remembered as a leader with a vision, promoted the idea of “wassatiyah” or moderation in life, which is very much in line with Islamic teachings.

The recent police haul at premises connected to him, however, tells us that the former premier’s life and values are anything but. The people, of course, do not expect him to lead an austere life a la the late Tok Guru Nik Aziz, the former Kelantan Menteri Besar, but Najib’s lifestyle was indeed over the top.

This vulgar display of opulence becomes all the more painful when one recalls that the self-styled “First Lady” had strongly counselled homemakers to tighten their belts in the face of the rising cost of living. Buy only one or two pieces of clothing for the coming Raya celebration, she coolly snapped.

A leader who supposedly has the people’s welfare at heart has no business worshipping materialism.

No politician worth his or her salt should hold up the Marcoses of the Philippines as a sterling example of fine leadership, especially when we know the couple’s fortune was gained at the expense of their people. So much money that could have been spent on reducing poverty and providing basic necessities like education, healthcare and national development had gone only to satisfy the whims and fancies of the republic’s leader.

Such miserable history must not be allowed to repeat itself especially at the expense of the ordinary people in whose name these self-serving politicians rule with unabated arrogance and greed.

Incidentally, if there is an attempt to claim that such an obscene fortune was attained from a prudent behaviour of saving money since childhood, that frivolous claim must be condemned vehemently.

Ordinary Malaysians can no longer allow their intelligence be mocked by politicians or little Napoleons, especially those who are inclined to put their hands in the cookie jar without so much as blinking.

Leaders of a new Malaysia, therefore, must be made to account for what they say and do because the dream of a better Malaysia for ordinary Malaysians cannot and should not be betrayed.