Home Web Specials Destigmatising suicide: The role of the media 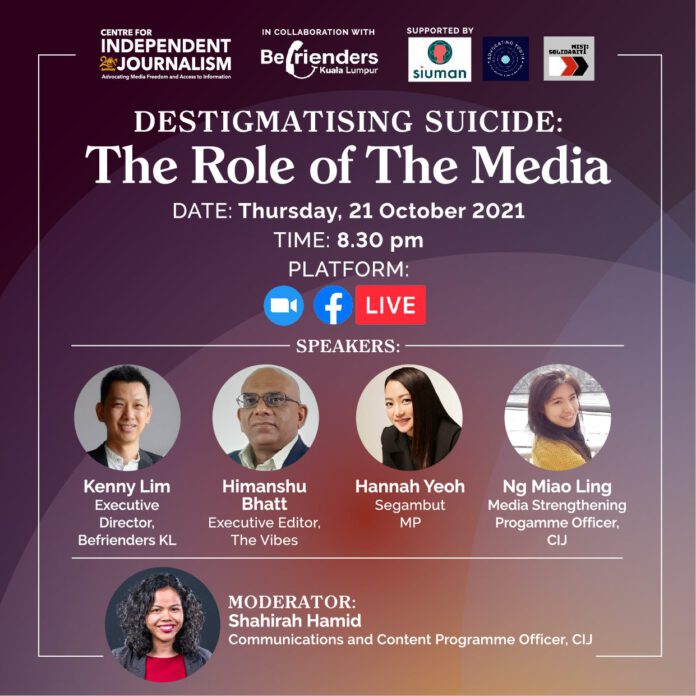 The media are a key source of information and their news coverage can influence the public’s attitudes and perceptions toward certain issues.

But for complex or sensitive issues such as mental illness or suicide, media coverage tends to emphasise negative aspects, often choosing to focus on portrayals of violence, unpredictability and danger to others. Suicide reporting is an especially vital issue presently, given the recent announcement by the Malaysian government that attempting suicide will be decriminalised.

Health director general Dr Noor Hisham Abdullah also expressed his concerns about the rising rate of suicides reported recently. He stressed that the media should be more proactive and responsible by spreading accurate information and adhering to the Guidelines for Responsible Media Reporting on Suicide, which was published by the control department of the Ministry of Health.

We strongly believe that the Malaysian media play a crucial role in educating the public about suicide prevention.

In light of this, the Centre for Independent Journalism (CIJ) has collaborated with Befrienders KL to produce “Guidelines on responsible and ethical reporting on suicide”.