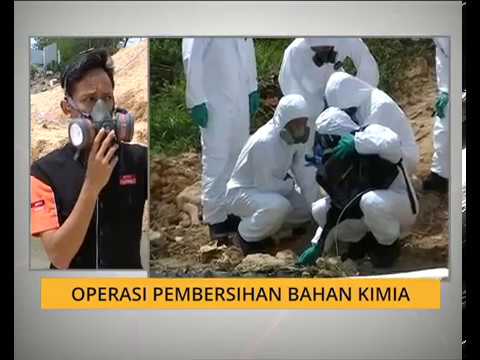 An economic system that prioritises excessive profits and a consumerist lifestyle will leave behind a degraded world for future generations, writes Mustafa K Anuar.

The illegal dumping of toxic chemicals into Kim Kim River in Johor is reprehensible and irresponsible on the part of the perpetrators as it has endangered the lives of many, especially children.

Schools have had to be closed and the children’s education interrupted as a result of the misdeeds of a few. The poisonous fumes have also affected the lives of people in the vicinity.

It is a heinous act indicative of a worldview among certain quarters that disregards the sanctity of the environment and of human life at the altar of corporate profits.

The toxic dumping also reflects a callous and unethical attitude as well as a misplaced notion of convenience among some members of the public over throwing rubbish that they no longer want.

Hence, we bear witness to environmental destruction caused by, for instance, deforestation, which promises immense profits from timber sales to greedy corporations. It is said to be one of the major causes of climate change, the dismal effects of which will be greatly felt by future generations.

Equally disastrous is the lackadaisical throwing of objects, especially non-biodegradable items, into the drains, rivers and eventually the sea – the consequence of which gets back to us through our food chain.

For instance, we eat fish that contains micro-plastics, which are detrimental to our health, the survival of future generations and food security.

In this regard, the government has commendably embarked on a concerted campaign to reduce the use of plastics, especially plastic bags, which are often found strewn in drains, rivers and shores, which in turn affects marine life.

But this is just the tip of the iceberg – for it points to a larger problem of wastefulness in our so-called consumerist lifestyle, which generally embraces a throwaway culture. Just look at the quantity and size of our landfills.

The overconsumption of things in our daily lives cannot simply be redeemed by mere promises or even recycling. If anything, recycling, although a commendable strategy, can be abused by some to provide a lame cover for a wasteful lifestyle.

The fashion industry is a clear example where you are made to feel inadequate if you do not change your wardrobe seasonally. You are urged to change into, for example, pre-torn jeans rather than wearing jeans until it is worn out over a long period of time.

Planned obsolescence is a concept that is factored into the making of many things so that it requires buying more things. There are cars, washing machines and televisions, for example, that are made in such a way that they can only function effectively or satisfactorily for a stipulated period. Or, they are made to appear too old-fashioned to be used in the future and therefore deserving of a rubbish graveyard.

An economic system that prioritises excessive profits and a consumerist lifestyle puts a strain on natural resources as well as the environment.

These two factors also suggest that some adults, be they corporate moguls, manufacturers, politicians and those hankering for wasteful lifestyles, can be so greedy and selfish that they would subject future generations, including their own children, to a future that may not be worth waiting for, given the scale of destruction they have inflicted.

From an Islamic perspective, human beings, as God’s vicegerents who have been entrusted to take care of our only planet, have failed in their duty.

Given that the future generations are the beneficiaries of such a troubled world, it is no wonder that some teenagers in the world, who speak without sugar-coated words, are up in arms to pressure adults in government and the corporate sector to take the global climate crisis seriously, as a matter of urgency.

Concerned Swedish teenager Greta Thunberg has inspired many other teenagers in more than 30 countries to skip class on Fridays as part of their School Strike 4 Climate campaign to demand the attention and action of the powers that be.

Our future generations deserve a better world, a legacy that we all ought to be proud of.