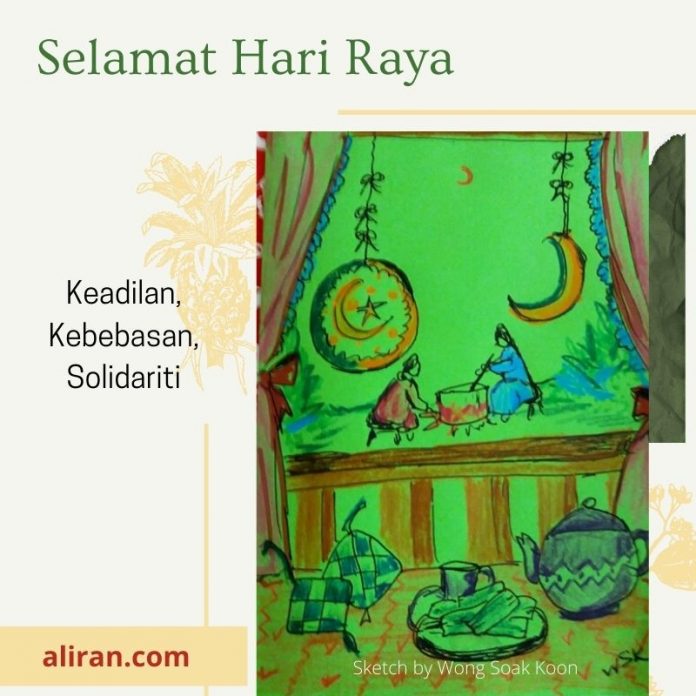 The interstate travel ban is not aimed at creating frustration and disappointment; it is meant to protect people, Mustafa K Anuar writes.

“Balik kampung” or going back to our hometown, has been an annual ritual practised by most Muslims and even some non-Muslims over the years.

It is a phenomenon that is associated with the celebration of Aidilfitri, when children would normally visit their parents and relatives in their hometowns and villages, many of whom they have not seen for quite some time.

Indeed, it is an opportune moment for strengthening family bonds and friendship, as well as seeking forgiveness from one another.

However, Covid-19 has changed all that. People are expected to exercise social distancing to break the chain of viral infections in the country.

This means having to stay at home or make very limited Raya visits in the neighbourhood and possibly forgoing the sampling of delicious rendang, lemang and other delicacies.

Yet, there has been a vehicular crawl along the highways recently, with people reportedly heading towards their hometowns for the festivity.

Since last Tuesday last week, 3,212 drivers were caught trying to cut across state lines and subsequently ordered to turn back by the police. As a deterrent, they are to be compounded. Creatures of habit, these people were clearly in violation of the interstate travel ban enforced by the authorities, which could undo all the efforts to contain the coronavirus.

Some homes may be visited upon, heaven forbid, by unwelcome guests in the form of coronavirus, particularly via individuals who are asymptomatic.

Director general of health Dr Noor Hisham Abdullah has already raised the red flag when he said that 14.1% (971 cases) of all the 6,894 Covid-19 positive cases had a history of interstate travel and 18 of 49 clusters recorded in the country also had a pattern of interstate travel.

Ten of these clusters are still active.

It must not be lost on the recalcitrant that the movement control order, implemented since 18 March, has made it possible for the authorities to achieve a remarkable improvement in largely reducing the number of infections to double digits for most of May from the triple digits in mid-March and the first two weeks of April.

Incidentally, the movement control order has also brought down the rate of road accidents by almost 70% nationwide since its enforcement. Bukit Aman’s Traffic Investigation and Enforcement Department recorded 10,382 accidents between 18 March and 14 April, with 130 accidents involving 145 deaths. Before the MCO, there were 1,500 cases daily with 16 to 17 deaths. After its implementation, the cases dropped to between four and five cases daily.

In other words, more people can celebrate without having to hurt themselves physically or reach a mortal end.

This new normal has obviously frustrated many people who celebrate Aidilfitri, which is exemplified by the dissatisfaction vented – rather cheekily – by a lady on social media: she said she managed to celebrate Raya twice under the Pakatan Harapan (PH) government and was able to travel interstate, but now it is impossible under Perikatan Nasional rule. She promised to vote for PH in the next general election.

To be sure, the interstate travel ban is not aimed at creating frustration and disappointment. It is meant to protect people and their loved ones, particularly elderly parents and grandparents.

Also, not to forget that retaining our social distance helps to reduce the burden of frontline health workers as well as the police, soldiers and others who keep their vigil in the face of the menacing virus.

Let this year’s Raya be as joyous as possible for everyone.