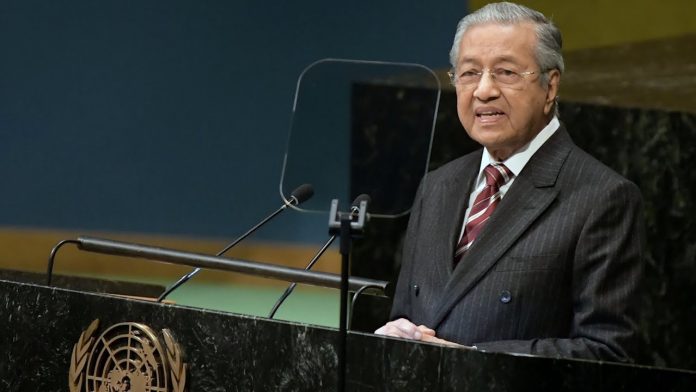 The internal oppression of citizens of member states should not be ignored in favour of so-called trade advantages, writes Ronald Benjamin.

It was the usual yearly event at the UN General Assembly, where heads of states addressed the assembly. Leaders spoke about unfair trade, human rights and climate change.

From these speeches, an observer may sense that while the assembly is addressed, the real target audiences are the domestic voters of individual nation states, while ensuring no pitfalls would antagonise powerful states. This is true for smaller nations.

For example, United States President Donald Trump spoke about unfair trade with China in the assembly. He faces a presidential election next year, where China-bashing is seen as a successful strategy in becoming president. He had his domestic voters in mind.

Malaysian Prime Minister Dr Mahathir Mahathir opposed Western hegemony and double standards. His real target audience was the Malay-Muslim voters in Malaysia, and so he projected himself as a consistent critic of Western injustice towards the Muslims.

This comes at a time when Mahathir’s party, Bersatu, is in direct competition with the new ethno-religious Pas-Umno alliance for Malay-Muslim hegemony in Malaysia – so, an interesting contradiction in his speech at the UN.

Mahathir criticised Israel and its backers for the ongoing Israeli occupation of Palestine. He also criticised Myanmar for the treatment of the Rohingya. And to a lesser extent, he spoke out against the Indian occupation of Kashmir.

The glaring part of Mahathir’s speech was his leaving China out of the equation. It is well known that China is the strongest supporter of the Myanmar regime in its treatment of the Rohingya due to its concern about investment and stability in the region.

India has also supported the Myanmar regime, but Mahathir chose to chastise India only in relation to the Kashmir issue. It is well known that India and China have invested heavily in Rakhine state in Myanmar. Why was such a connection not exposed?

Mahathir also did not highlight the Uighur Muslim oppression by the Chinese regime. He claimed that Muslim nations are reluctant to speak out on the Uighur issue due to powerful China. Uighur Muslims as well as religious people in China are believed to be going through overt and subtle oppression and persecution due to the Chinese regime’s obsession with its national ideology of development; it will not tolerate any form of religious and secular freedom that could challenge its ideological power and sovereignty which has much to do with staying in power and in control.

From his speech at the UN, it is obvious that Mahathir seemed to be more interested in how the Muslim audience in Malaysia would perceive things. He was also keen to leave China out of the equation on the question of oppression, rather than addressing global justice in a truthful manner, without a political and economic agenda.

Mahathir is clearly aware that for the mainstream conservative Muslims in Malaysia, the atrocities of Israel are far more concerning than China’s oppression of the Uighur Muslims in Xinjiang.

The question is how can one speak about global injustice when there is a selective approach to issues? It is obvious today that human rights have been manipulated with a political audience and influential nations in mind. Malaysia cannot claim to champion justice if elements of hypocrisy are present. One cannot separate national and global justice and place trade above human dignity.

It is obvious that the UN has become a platform where hypocrisy is projected rather than justice articulated in a real sense. Malaysia and as a whole should not be dominated by China or the US. This principle should be the way forward in global justice.

At the same time, the internal oppression of citizens of member states should not be isolated from global justice due to so-called trade advantages, or if the enemy on the other side seems to be more dangerous. Has China eclipsed Malaysia at the UN?