Home Web Specials Let’s not call for another May 13 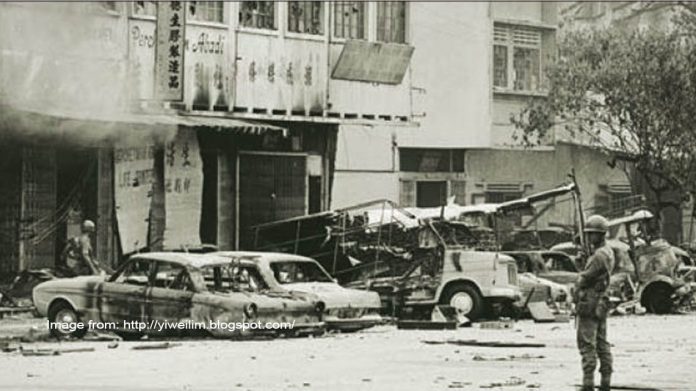 Goodness can be achieved if peaceful communication is held, especially at a time when a conflict is brewing, says Mustafa K Anuar.

In a recent climbdown from an inflammatory headline on Twitter against Chinese educationist group Dong Jiao Zong, the Malaysian Muslim Students’ Coalition (Gamis) sought to explain that the provocation was only meant to attract public attention to the cause.

Gamis’ earlier tweet threatened a repeat of the May 13 ethnic tragedy if Dong Jiao Zong was still insistent on having an event to discuss the teaching of Jawi in vernacular schools, while also calling for the group to be banned by the government.

Dong Jiao Zong has made it clear that it is troubled by the inclusion of Jawi in the Year Four Bahasa Malaysia textbook despite the Ministry of Education’s placatory decision, for instance, to reduce the number of pages on Jawi irom six to three.

Gamis – a cohort of Malay-Muslim graduates – was either dense enough to come up with such a sensationalist strategy or else it thought that the general public would be sufficiently senseless to condone such a statement.

Let’s be clear here. You don’t mess around with the spectre of a tragic event that left many dead and a country shocked to its roots, which implications are being felt till today. Calling for a repeat of this national tragedy is not the same as inviting people to a New Year’s celebration or a Kardashian birthday bash. Invoking the ghost of May 13 is simply horrendous at worst and mischievous at best.

The Gamis leadership should be sharp enough to realise that our society has witnessed the politics of race and religion being played time and again to the point that the people’s nerves are quite easily frayed.

The political temperature has soared over the years with racially charged events, particularly the recent Malay Dignity Congress, which had only helped to heighten ethnocentrism as well as invite adverse reactions from other communities who felt slighted. In other words, such incidents do not help to forge good ethnic relations and subsequently, assist the country in moving forward.

Gamis’ response should have been measured so as not to further exacerbate the somewhat volatile situation. It could have chosen the route taken by Angkatan Belia Islam Malaysia recently; that is, to encourage the affected parties to hold level-headed discussions or dialogues so as to take the heat off and eventually come to a solution or compromise.

Such a bold and peaceful step against many odds, especially coming from a group of people who are presumably well educated, would have grabbed the attention of many more Malaysians who crave for peace, progress and prosperity. More than that, Gamis would have earned the respect and goodwill of the parties concerned if it had spurned the temptation to play the rabble-rouser.

Besides, calling for a dialogue or discussion would go a long way towards sending an important message to Malaysians in general that more goodness can be achieved if peaceful communication is held, especially at a time when a conflict is brewing.

To open up a dialogue, especially after a bruising war of words, is not a sign of weakness. It shows commendable maturity and composure.