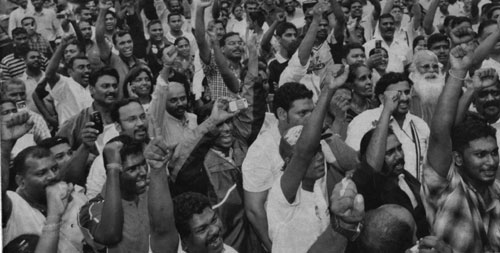 The MIC laments, as it usually has done over the years, about the poverty that confronts the country’s Indian community as a whole.

The party leadership often appears to be frustrated by the fact that the community, whose interests and concerns it is supposed to champion, has generally been left behind socioeconomically compared with many other ethnic communities in our society.

In fact, the Indian community is the party’s raison d’etre – just as other ethnic communities are the primary reason for the existence of other ethnic-based parties in Malaysia.

The less charitable would argue that the lingering poverty and sense of insecurity of the community are exploited by the party as political capital and fodder for survival for a party that seems to suffer from a lack of moral fibre and intellectual vigour.

This partly explains why a socioeconomic policy that aims to tackle poverty and other socioeconomic problems in an inclusive manner does not appeal much to the MIC or other ethnic-based parties.

An economic policy that is dedicated to addressing the socioeconomic issues of all the poor in the country would benefit the majority of the poor, that is the Malays, as well as the poor of other ethnic groups.

Equally important, this would also indicate to ordinary Malaysians that poverty is not racial but structural. Similarly, it would help to make these stakeholders have a vital sense of ownership of this country.

But then we have a situation where there are ethnic-based parties that still want to be seen as the ultimate saviours of their respective communities and tend to do things, including the morally indefensible and politically contentious, in the name of the communities concerned.

It is as if these political parties are oblivious to the fact that in contemporary Malaysia, many in the younger generation have become multi-ethnic in their worldview and political bent.

That is why the MIC leadership keeps harping, for example, on reviving the so-called Malaysian Indian blueprint that Barisan Nasional introduced in 2017, which it regards as the solution to the Indian community’s problems.

The blueprint could also be read as depicting the result of neglect by BN, of which the MIC is part, towards improving the welfare of the Indian community all these years. The MIC leadership for many years has been content with playing second fiddle to BN lynchpin Umno, so that the former gets excited even when crumbs are offered to itself and the community.

That is why it baffles the mind the party has recently found the ‘courage’ to call out Umno for having made a unilateral decision to ditch Bersatu in the next general election.

The party’s attempt to straddle between the two stools of Umno and Bersatu may provide the answer to this newfound mettle to stand up to Umno. In short, the MIC is hedging its bets.

Could it be that the MIC is now more interested in Perikatan Nasional because the ruling pact has access to the levers of power?

But, if we are permitted to be graphic here, straddling for a period of time can wear out your scrotal strength. Besides, it’s morally taxing to the extent that self-respect becomes untenable. In other words, you can’t run with the hare and hunt with the hounds for a long time.

It’s time for the MIC to make a moral stand on things it considers important – for this is the only way it can make itself a force to be reckoned with and a pact partner among equals.

As it is, Umno Veterans Club secretary general Mustapha Yaakub recently called the MIC “an unnecessary burden” on BN, hoping that the party would go through its consideration to quit BN after lending support to PN.

It is hoped there is still a window of opportunity for the MIC to salvage itself from being an embarrassment, particularly to the Indian community. – The Malaysian Insight