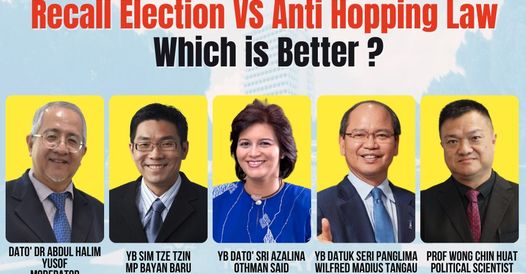 As the Memorandum of Understanding signed between the government and Pakatan Harapan includes the agreement to adopt an anti-defections or related law, and the attorney general has been instructed to prepare a bill, it is essential to have a better understanding of both laws.

Support the struggle to build a Malaysia based on Justice, Freedom, Solidarity:
AGENDA RAKYAT - Lima perkara utama
Support our work by making a donation. Tap to download the QR code below and scan this QR code from Gallery by using TnG e-wallet or most banking apps: