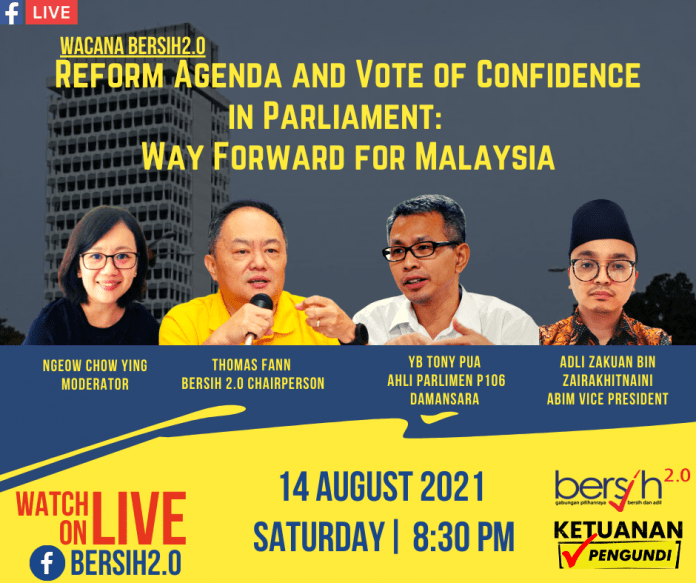 Bersih 2.0 hosted a discourse to discuss the loss of majority support for Prime Minister Mahiaddin Yasin, the pending vote of confidence in Parliament and the reform package that the PM offered to opposition parties as an attempt to salvage his minority government in his speech on Friday.