Home Web Specials Watching the political spectacle from the sidelines 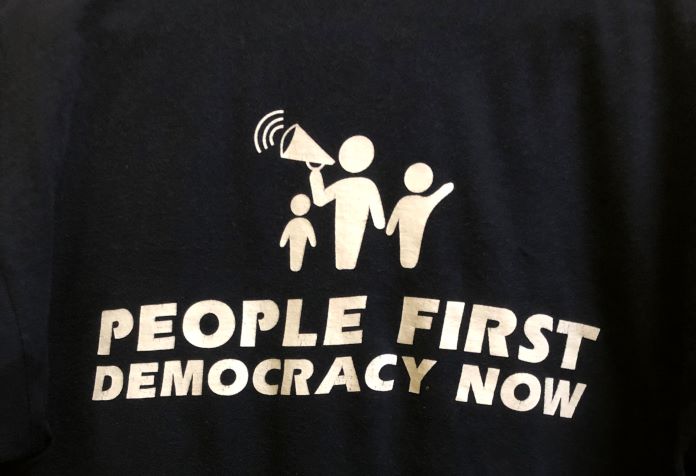 It was that time again when many Malaysians found themselves watching the spectacle of lawmakers submitting their respective statutory declarations to the Agong after Mahiaddin Yasin was recently pressured to step down as prime minister.

The slim majority of Mahiaddin’s Perikatan Nasional made the pact untenable, particularly when partner Umno eventually made good its threat to pull out of the government.

As with last year, when Dr Mahathir Mohamad abruptly vacated his position as Prime Minister of the Pakatan Harapan government, the statutory declarations were meant to determine who among the MPs would qualify to become the prime minister.

It was also a selection process that would help ascertain the kind of leadership that was expected to steer the country in a certain direction, which would affect the lives of ordinary people.

The MPs’ audience with the Agong recently was witnessed from afar by ordinary Malaysians who were grappling with the Covid pandemic and a battered economy, which has cost many their lives, their incomes or their jobs and businesses.

Indeed, pandemic-weary Malaysians were left to watch their so-called representatives indulge in horse-trading and political realignments as if the former and their welfare did not matter at all.

This chain of events occurred long after the Malaysian electorate had made their political preferences known at the ballot box on 9 May 2018. The majority of voters had voted the PH pact into power.

As we all know, the problem started when the government of their choice was unfortunately toppled midway in February last year by a group of political parties. These parties cobbled themselves together to form a Perikatan Nasional government following their so-called “Sheraton Move”.

Thus, people’s votes were cynically pushed aside by the narrow interests of certain politicians. Their votes were devalued, their hopes and aspirations dashed.

Not only that, many MPs now do not represent the people as they have defected from the parties for which voters had cast their ballots – which is why some people, tired of the extreme politicking and political shenanigans, have asked resignedly, why should we vote anymore?

There is a sense among some people of being alienated from the democratic process of electing a government as a result of such political interruption. This sense of estrangement was made worse by the prolonged suspension of Parliament, which cut off a legitimate avenue for people to express their grievances and concerns through their elected representatives. Put another way, the crucial elements of transparency and accountability in a democracy were taken away with the suspension of Parliament.

Opposition MPs who tried to enter Parliament were even barred from entering the building by the riot-quelling Federal Reserve Unit of the police force.

This explains why some people took to social media to vent their frustrations over what they regarded as incompetence and neglect on the part of the government or certain ministers. Some made critical comments while others were creative enough to post satire and parodies on certain media platforms, which incurred the wrath of certain ruling politicians.

Arresting a few who made criticisms of certain leaders would only alienate the people, whose concerns were mainly the welfare of the people and the future of the country. Citizens, irrespective of their ethnicity, religion, gender and political affiliations, have the right to claim ownership of this country.

Nor did it help to increase a sense of citizenship when people who staged a peaceful street protest, which adhered to the standard operating procedure of the movement control order, were subjected to intimidation and harassment by the authorities.

Political developments over the last year have reaffirmed the contention that politics cannot be left entirely to politicians and thus, ordinary Malaysians have every right to be politically conscious and active as well.

Participatory democracy demands that, for instance, the electorate actively engage with their political representatives; civil society groups must push for substantive reforms; and more people should express publicly their critical views about politics and governance. Contrary to popular belief, people don’t need to go into formal politics to be politically engaged.

A menagerie of politicians scrambling for positions and fortunes may make for an exciting spectacle, but it does not necessarily enhance democracy and contribute to the greater good of society. – The Malaysian Insight