Home Web Specials What does being a ‘Malaysian Family’ mean? 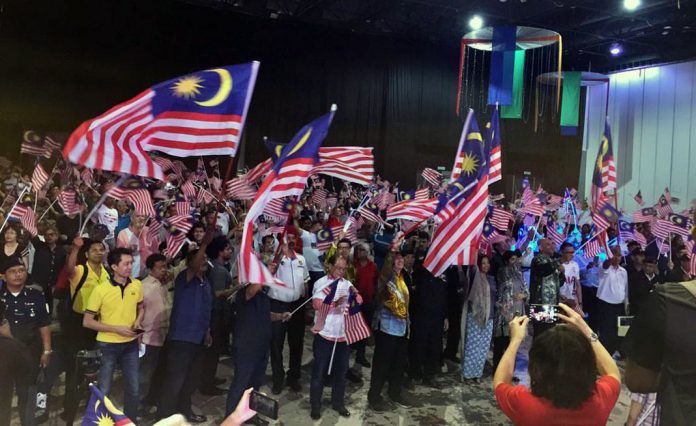 Malaysia’s new Prime Minister Ismail Sabri Yaakob, highlighted the concept of the Malaysian Family in his inaugural address to the nation.

This is a welcome development, especially after the unsavoury political jostling and power grabs over the last couple of years. “Let us open our hearts and minds to uncover similarities, without digging up differences,” he said. “We need to work together to save our family, that is, the Malaysian Family.”

He said he used the Malaysian Family approach because this phrase has a more inclusive connotation. “It crosses boundaries of religion, nationality and ethnicity.” The strength of the nation, he said, is “tied to the exemplary values inculcated in the family.

“We are one family, irrespective of religion and ethnicity. Every one of you is like my own family – whether it is the youth or the elderly. We can be likened to the complementary parts of our body which need each other. ”

These are welcome words of inclusivity coming from a leader of Malaysia, where unscrupulous elements have long manipulated race and religion to create divisions for political gain, ie divide and rule.

It sets the tone for our Merdeka and Malaysia Day celebrations, which this year are likely to be even more subdued given the political, economic and healthcare crises we face.

These words are soothing to the ear, like balm to a divided, suffering nation.

But, as always, the devil is in the detail. The test is whether the new administration, which has many old faces in it, can show that it takes the prime minister’s words seriously.

If we ponder more deeply, so many other areas of life, apart from religion and ethnicity, divide us as a family.

There is class: wealth in the nation is concentrated in the hands of a small group, with the prevailing culture of putting profits over people.

There are also regional economic disparities – urban versus rural and interior regions, peninsular vs East Malaysia, and west coast vs east coast of the peninsula.

Malaysians are also divided in terms of access to education, healthcare and housing. Those who are better off can afford private healthcare, private schools and colleges, and luxury housing in gated communities.

Others have to make do with underfunded government schools and universities, crowded and overstretched public hospitals (whose staff work under trying conditions) and congested low-income housing.

Much of this is due to the neoliberal policies pursued since the 1980s, which neglected essential social services and promoted privatisation and a ‘user pay’ approach. This undermined social solidarity, and along with it, the sense of a post-independence Malaysian family on a common journey.

No caring family would discriminate against its family members (though in the past, with patriarchal values, sons were favoured over daughters, especially in education, etc) or leave anyone behind to struggle without a helping hand.

Ethnic and religious minorities, people with disabilities and other vulnerable groups should not be left out of the discourse. Think too of the neurodiverse community. This is a community of people who have dyslexia, dyspraxia (a neurologically based physical disorder) or ADHD, or who are on the autism spectrum or have other neurological impairments.

Given that the prime minister has said that no one should feel left out or marginalised, all these minorities or vulnerable groups should not be marginalised, especially in government aid and subsidies for those who need help during this economic crisis. After all, we are all part of the Malaysian family.

Let’s also remember that the Orang Asli and Orang Asal are very much part of the family, and so their prior, informed consent is needed, especially with large projects that affect their way of life. It is also time we recognise their native customary rights to land.

As a Malaysian Family, we should also protect our physical home and its premises. As a nation, this means we must protect our common home, our natural heritage — the forests, the rivers, the seas, even the air we breathe.

Malaysia is also renowned for its warm hospitality to guests, and a Malaysian Family should extend such hospitality to all its guests, such as migrant workers, asylum seekers, refugees, and residents under the Malaysia, My Second Home (MM2H) scheme. Many migrant workers and refugee workers have been exploited and they have few rights. They even have to pay much higher hospital charges. Refugee children are unable to attend government schools. Even MM2H residents, mostly foreign retirees, are not feeling welcome with the latest tighter rules under the scheme.

If we take the Malaysian Family to its logical conclusion, these folks, who also contribute to our economy in so many ways, should all be treated as honoured guests — or even as our extended family.

Those of different faiths in this large family should also be accepted and embraced. After all, we are all part of a much larger family, the human family, as the children of God.

How we treat our family members, our neighbours, the strangers in our land – even our natural environment – reflects on us.

Happy Merdeka and Happy Malaysia Day to all in the family! – Malaysian Herald