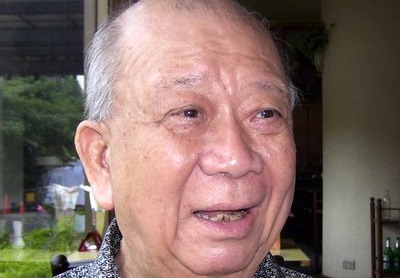 If allowing Chin Peng’s cremated remains to return to Malaysia is seen as a brazen act of promoting communism, what do we make of the Najib Razak administration cutting economic deals with communist China, wonders Mustafa K Anuar.

This joke, with a few variations, made its rounds in social media at the height of the Chin Peng controversy: the most feared person or group in Iraq was Abu Bakr al-Baghdadi; in Indonesia, Abu Bakar Ba’asyir; in the Philippines, Abu Sayyaf; and in Malaysia, Abu Chin Peng. (“Abu” means ashes in the Malay language.)

While levity may not be appropriate in such a supposedly serious matter as the return of the Communist Party of Malaya (CPM) secretary-general Chin Peng’s ashes, it does capture the cynicism of Malaysians critical of certain quarters vehemently opposed to this somewhat dusty homecoming.

It is also a lighted-hearted response to those people – especially politicians who desperately tried to make political capital out of the urns – who asserted that the surreptitious return of the cremated remains to Malaysia marks a crafty and concerted effort to resurrect communism in the country.

The sensibilities of certain people were said to have been swiftly stirred after friends of Chin Peng of the disbanded CPM held a press conference recently to declare that his ashes had been brought back into Malaysia on 16 September and subsequently scattered into the sea near Lumut and in the jungles along the Titiwangsa range.

Chin Peng, whose real name was Ong Boon Hua, was born in Sitiawan in Perak and died in Bangkok in 2013 at the age of 89.

To be clear, many Malaysians, particularly members of the country’s armed forces and the police, had fallen victim to the atrocities unleashed by the communists during the insurgency between 1968 and 1989.

In 1989 the Peace Agreement of Hat Yai was signed by the Malaysian government, the Thai government and the CPM, after which the disbanded party laid down arms.

It is, therefore, understandable that Chin Peng, became the face of the CPM that was most reviled by Malaysians who had lost their loved ones during the armed conflict.

Over the years, Chin Peng and the CPM became so synonymous in the anti-communist narrative for the simply because he was its resolute leader.

This close association of identities between Chin Peng and his party also had the effect of pushing to the background in the imagination of some Malaysians the fact that the party also had Malay leaders and their involvement.

The return of Malay leaders of the CPM, such as Rashid Maidin and Shamsiah Fakeh, to Malaysia after the signing of the peace treaty underlines the involvement of the Malays in the communist party. Chin Peng, as we know, was denied this privilege of return.

It is, thus, unsurprising that Chin Peng continues to be the favourite punching bag even after death in the current political climate where the politics of race and religion is vigorously embraced and practised by certain quarters. Chin Peng fit snugly the bill of being an ethnic Chinese leader of the CPM and godless communist to boot.

It appears that the spectre of the communist leader rattled some Malaysians even though communism had lost its glitter and traction a long time ago in the womb of the communist system, particularly China where its people are encouraged to passionately accumulate wealth like any other zealot capitalists would do.

In a desperate bid to put the Pakatan Harapan government in a bad light, certain politicians from the opposition have already accused it of helping to revive communism and presumably its attendant violent struggle.

It should be clear as daylight that most peace-loving Malaysians abhor violence and terrorism, and they would jealously guard the prosperity, harmony and peace that they have been enjoying all this while. Concerned Malaysians also oppose those who abuse race and religion in our multi-ethnic and multi-religious nation – something that could tear the nation asunder.

Anyway, if inadvertently allowing the urns of Chin Peng to come back to Malaysia is interpreted as a brazen act of promoting communism, then, lo and behold, what grave sin can be apportioned to the previous Najib  Razak administration, which cut economic deals with the communist government of China?

Any attempt at distracting ourselves from the urgent mission of nation-building and social reform must be avoided.