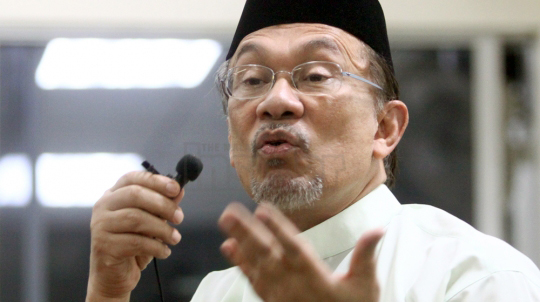 Prime Minister Ismail Sabri Yaakob has rightly raised the status of Opposition Leader Anwar Ibrahim recently to ministerial level, which is in keeping with the practices of many parliamentary democracies.

The elevation was part of the terms of the Memorandum of Understanding (MoU) the government signed with Pakatan Harapan. It reflects the vital role the opposition is expected to play in demanding transparency and accountability of the government as well as in enhancing democracy.

Apart from being accorded an office and staff, Anwar will also receive a monthly salary of RM14,900, a monthly entertainment allowance of RM12,300, a monthly special payment of RM1,500, monthly housing and upkeep allowances totalling RM4,800, and clothing allowances for winter and for official and black-tie events of respectively RM6,000, RM1,500, and RM1,500, claimable every three years.

An office and staff are essential for an opposition leader whose work requires, among others, research and data collection so that his criticisms and speeches are up-to-date and well informed.

It is commendable that Anwar has turned down the handsome financial benefits and instead pledged to donate the money to the poor. The vulnerable clearly need financial assistance after the battering the  economy has received from the pandemic, giving rise to job losses, lower incomes, business disruptions and higher poverty levels.

Mindful of the state of the country’s coffers, the Port Dickson MP also instructed Parliament not to renovate his office. This is clearly a marked departure from the practice of the Perikatan Nasional government that tends to be spendthrift at a time when the national coffers are depleting.

It is also politically significant for Anwar to remind the government that as opposition leader, he will still question and scrutinise the work of the Ismail Sabri administration despite the facilities and financial benefits accorded to him. An effective opposition is vital for the proper functioning of a democracy.

While the provision of pecuniary benefits, the office and the staff for the opposition leader may be appreciated, the recognition of the office should also come in other forms.

We may want to take a lesson from the relatively congenial politics of yesteryear when the role of the opposition leader, particularly the late Dr Tan Chee Khoon, was much appreciated by politicians on both sides of the divide.

It is notable that Tan was a member of the University of Malaya Council from the 1950s to 1978 – an appointment that is likely unthinkable in today’s highly partisan and patronage politics.

In 1967, the opposition leader was elected as vice-chairman of the council and, four years later, was promoted to chairman. He was also later awarded an honorary Doctorate of Laws.

The outspoken Tan, better known as Mr Opposition, was even conferred the honorifics Tan Sri and Datuk Sri in recognition of his service to the nation, in particular the poor, the desperate and the minorities.

Such was the respect and recognition given by the powers that be to the late opposition leader of our country.

It is hoped that today’s opposition leader is also accorded treatment befitting his important position in politics and society.

As the opposition leader, Anwar is expected to function effectively in Parliament. At the very least, he should no longer have the otherwise nagging problem of raising issues of public urgency and import, such as the Pandora Papers. – The Malaysian Insight