Home Web Specials Why changing governments should be a normal thing 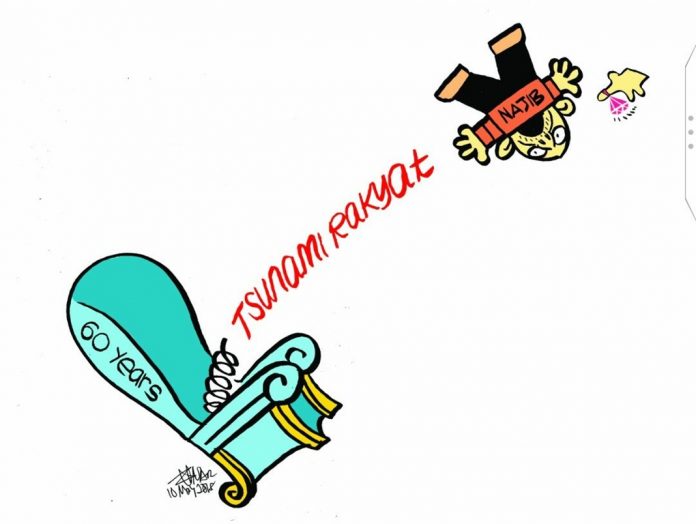 The possibility of being thrown out of power should be a useful reminder for the government of the day to stay transparent and accountable to the people, writes Mustafa K Anuar.

The last general election was, as we all know, a watershed in the political development of Malaysia as no change of federal government had ever occurred since Merdeka.

This changing of the guard, if it needs reminding, is a crucial element in a thriving democracy as it allows for the electorate to express their political preferences, which usually result in one group of politicians being replaced by another in a peaceful and orderly fashion.

So, contrary to Umno deputy president Muhamad Hasan’s recent assertion in his opening speech at the annual meeting of Umno’s Youth, Wanita and Puteri wings, it is not a time-wasting “experiment” for Malaysians to have voted Pakatan Harapan into power – and booted out the incumbent Barisan Nasional on 9 May last year.

A change of government, to be sure, is a normal practice in most vibrant democracies. An absence of this process makes for a retarded democracy.

A change of government is often necessary due to a yawning gap between the wants of the leaders and the needs of the ordinary people they supposedly represent. To put it crudely, it is the voters’ way of saying good riddance to bad rubbish. And the “bad rubbish” can apply to any political party occupying the seat in Putrajaya that has committed a dereliction of its vital duties.

The change becomes all the more urgent and necessary if and when leaders increasingly show a lack of moral scruples, as Mohamad rightly pointed out and emphasised. Such immorality is exemplified by the leaders’ involvement in massive corruption, abuse of power, trampling of people’s human rights, vulgar income inequalities and downright executive arrogance. This is when leaders try to paint their vested interests as “national interests”, and criticism of these narrow interests would be curiously deemed by the powers that be as “prejudicial to national security”.

Holding power permanently can give rise to authoritarianism, where transparency is mocked by the ruling politicians and accountability is reduced to being an electoral slogan. No group of politicians should have the privilege of holding on to power permanently because of the above reasons, among others.

And, the people should have the power to replace a ruling party that has lost its political legitimacy with one they feel has the greatest potential to represent their interests and concerns.

A democratically elected government should be inclusive so that it is committed to taking care of the wellbeing of all stakeholders, irrespective of class, creed, gender and ethnicity.

In the Malaysian context, this means that while the interests and concerns of the Malay-Bumiputera majority are addressed by the government of the day, those of the minorities must be protected and promoted as well. This would include the religious and cultural practices of all the groups in this multi-ethnic and multi-religious society, the diversity of which should be celebrated and not frowned upon.

The recent noisy exchange in Parliament over the disrespect shown by MP Tajuddin Abdul Rahman (the Barisan Nasional representative for Pasir Salak) towards the Hindu holy ash or vibhuthi worn on the forehead of RSN Rayer (the Pakatan Harapan member for Jelutong) is an example of a warped mindset that should not be harboured by politicians who clamour for political power.

Ethnic bigotry and religious extremism are also dreadful things that should be factored in the political calculation of the Malaysian electorate before they go to the polling station.

The possibility of being thrown out of power should be a useful reminder for the government of the day to stay transparent and accountable to the people they purportedly represent.